Why I Decided to Come off of the Pill 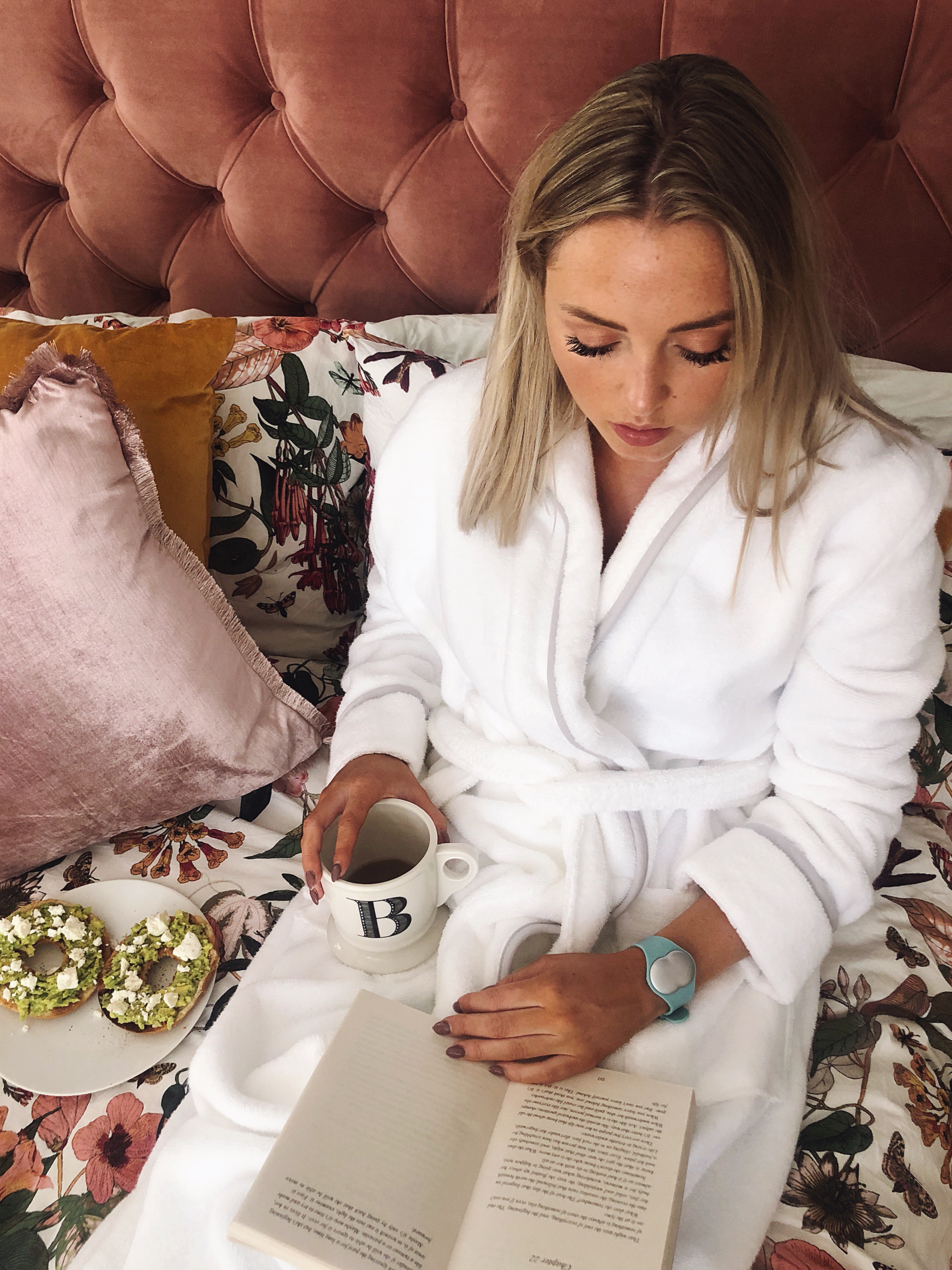 Coming off of the pill, or rather the impacts of being on it, is something that has vaguely crossed my mind over the past six years that I’ve spent popping those little sugar coated baby-banners, but aside from a passing thought, I hadn’t really given it much consideration. To all intents and purposes it worked for me; I never had any horrendous side effects and I’ve never been pregnant. Win-win. Where contraceptive options are concerned, the pill seemed to me to be the lesser of many evils and whilst you hear the odd horror story, I was fairly confident that it wasn’t doing any long term damage to my body or fertility. Whilst that notion hasn’t changed, around a month ago I decided to stop taking it for the foreseeable future.

When Ava Women first contacted me about trying out their cycle and fertility tracker I initially dismissed it. Without giving it nearly enough research, I assumed it was either only for women looking to get pregnant imminently, or it would be another of those ‘natural’ contraception devices that frankly, I just don’t trust to use myself let alone promote. However, after scouring the website I was intrigued and impressed by the focus on wellness and connectivity with your own body, so I thought I may as well give it a whirl with absolutely no obligations. Ava combines a wrist band tracker with a very in-depth app, and when I first set it up I was a little affronted by a pop-up that told me that results would be far less accurate if an using artificial hormonal contraceptive. It was though in that moment it dawned on me that my body and the things going on in it weren’t really my own. That weekend I spent a lot of time deep in thought and I finally took to Instagram stories where I chatted it out with my followers who provided an overwhelming amount of insight into their own experiences on and coming off of the pill. Of all the topics I have ever raised online, discussing the pill far exceeded the number of responses I have received about anything. It quickly became apparent to me that it wasn’t just me feeling a bit confused and frustrated by the lack of options.

Going on the pill

I went on the pill aged 16 for contraceptive reasons. I’m very fortunate in that, aside from a few massacre-esque scenes on my bed sheets when I’ve forgotten I’m due on, I’ve never had an issue with my periods, nor have I with my skin. I was in a stable relationship, sexually active and bored of using condoms. I’ll never forget asking my mum to take me to the GP; I was too scared that she’d be cross so I made her dinner, then hid in my bedroom and text her. When I went to the doctors it was as simple as a quick blood pressure test, height and weight and a little leaflet warning me that if I missed one I’d probably grow a human. Twenty minutes later I was picking up a stash of Microgynon, the most commonly prescribed combined pill. To be honest, there was never any discussion of anything else; I’d assumed the pill was the best option for me – probably rightly at the time – and unless you have issues with the particular pill you’re prescribed, there isn’t usually any chat surrounding the different types. Aside from when I accidentally ran out before arranging another pack and endured an incredibly intimidating appointment at the Family Planning Clinic which left me crying in the practice loos (she was mean), I’ve never had any problems.

So why, you may ask, did I decide to stop taking it after six and a half successful years? In short, the realisation that my hormones were artificial, I wasn’t allowing my body to ovulate in the way nature intends it to and I have never known my adult self without it scared me a little. It dawned on me that whilst my life has changed drastically since I was 16, the one constant was that little sugary pill I popped each morning. Whilst, to my knowledge, there are no proven links between the contraceptive pill and mental health, I started questioning whether it could be having an impact on my personality and mood without me even realising it. The only way to find out, was to come off of it.

Coming off the pill

As soon as the idea sprung, I knew in my gut that at least trialling a pill-free lifestyle was the right decision for me, but I was still incredibly apprehensive and within the first few days I nearly reached for a packet a few times. I realise that sounds incredibly dramatic – we’re talking about microgynon, not meth – but I felt almost conditioned into relying on it. I’ve blindly clutched my prescription for years and I simply don’t remember my ‘pre-pill-self’.

My biggest concerns were the impact on my periods, my skin and my boobs. Someone told me they would shrink and it was almost a deal breaker. Although I don’t ever remember having bad periods, I couldn’t actually remember how regular they were, how heavy, how painful. The pill offers such comfortable predictability that I never worried about my light three day bleed once a month that I could easily skip if I wanted to wear a white bikini on holiday without risking cameoing as an extra from Jaws. To be honest, I’ve always been a bit relieved by my period. From the moment in our lives that bedroom athletics is on the cards, there’s a real focus on not getting pregnant. It seems almost ironic that missing the pill just once can create the very real risk of pregnancy, and yet after taking it for a prolonged period it can take a long time for your body to get back to ‘normal’ again.

Perhaps shallowly, my biggest fear was breaking out. I was never a spotty teenager, but I heard a lot of stories about uncontrollable post-pill acne. Thankfully I’ve got a pretty stellar skin care routine nailed that I know works for me, so I’ve stock piled my favourites and thus far I haven’t felt the urge to purchase a balaclava or reach for a tub of sudocrem. Second to a fear of white heads was the overwhelming concern that my boobies would shrivel up and go into hiding. I was alway so teeny tiny as a teenager that my boobs were little more than speed bumps but I developed much more in my early twenties and although they’re more like third cousins than twins (one is a solid size and a bit bigger than the other), I’m pretty pleased with the gals now. I’d never even considered shrinkage to be a potential side effect because I’d never noticed a growth when I went on the pill, so when those messages landed in my inbox I was genuinely a bit shocked. If they were/are to deflate, I know I’ll be quite self-conscious. I’ll also be petitioning for a refund on all my bras because those bad boys are not cheap.

More logistically, I worried about what I would use as an alternate contraception method. The coil has never appealed to me – I just don’t like the idea of anything being shoved up *there* (no, the irony is not lost on me) – and the implant seems far too invasive. As I mentioned before, I’m not in a position to rely on ‘natural’ methods, so that leaves me with our good old latex pal. I don’t think anybody loves condoms, but I do think we build them up to be far more of an evil than they actually are. They do a job and as one of my lovely followers very articulately put it to me: “at least you don’t have to worry about doing the cum run.” Genius.

Tracking my cycles with Ava

A month in to my new pill-free existence and I haven’t noticed any negative side effects yet, apart from a particularly uncomfortable spell that I think may have been ovulation pains, according to the calendar predictions on my Ava app. I’ve been sleeping in the wrist band every night and genuinely enjoy syncing it in the morning and seeing how the data plots and predicts different phases, patterns and my fertility levels. The calendar view in particular is proving invaluable for tracking when my periods are hopefully due and keeping a record of small changes in my body such as cramps, bloats and aches that I may otherwise forget about.

A cycle, fertility and pregnancy (if you’re in that camp) tracking bracelet with an accompanying app. It helps you to make sense of changes in your body and mood throughout the month and makes you more aware of the physiological impacts on your sleep, stress, energy levels and feelings. You can see patterns in your health as it collects more data and unlike manual period tracking apps, it senses what is actually happening within your body in real time rather than simply just predicting what might happen. Developed using clinic trials at the University Hospital of Zurich with findings since published in scientific publications, I feel really confident in knowing that it’s the real deal. You don’t have to be trying to get pregnant to understand your fertility and in doing so you become more acutely attuned to your own body and the impacts on your wellbeing. Fundamentally, getting to know yourself better is pretty damn cool. 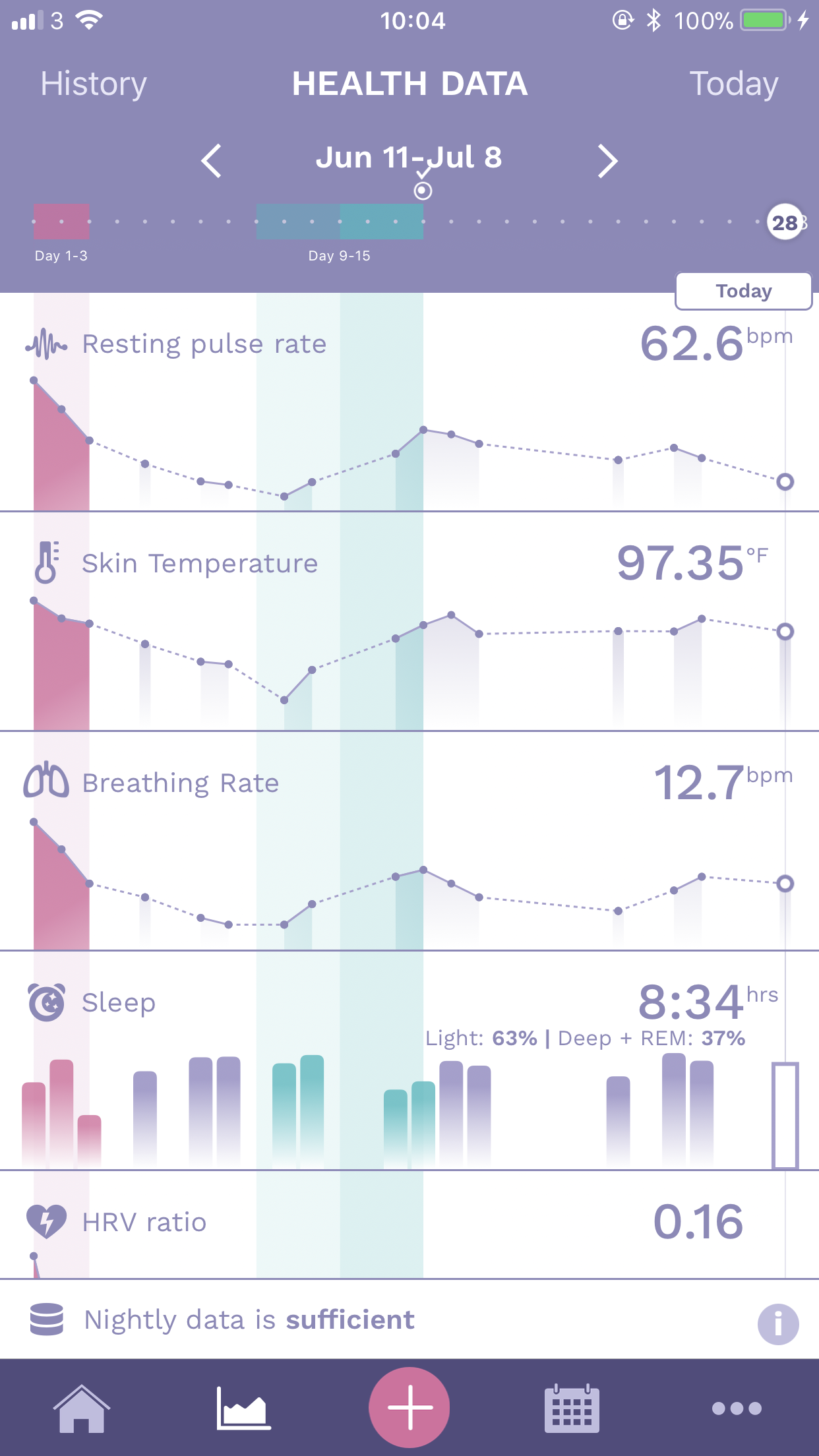 What Ava is not

Contraception. Loud and clear: Ava is not a natural contraceptive and I am in no shape or form advising you to use the data to have unprotected sex. In fact, I don’t think it’s my place to advise anyone on any form of contraception because fundamentally we’re all so different. All I can do is share my experience and I hope in doing so it’ll give you the space to consider yours. If you want to use it to supplement your chosen method of contraception, or as an aid to conceiving then sex away.

The biggest positive I’ve noticed to coming off the pill is that already my mood feels better and I think I’m sleeping more soundly too. I’m trying really hard to add everything I can to the app either through the pre-programmed selections such as recording your mood, sex, bodily changes and discharge (something I hadn’t realised was such a big indicator of your fertility and vaginal health) and with the customisable options – I’m adding in when I’ve exercised so I can see the impact on my sleep – and it feels really good moving toward a position in which I feel so much more in tune with my own body.

I’ll write another post in a few months time when I’ve hopefully had the chance to really experience what life after the pill is like for me, but for now I’d love to hear more about your experiences – feel free to leaver a comment or drop me a DM on Instagram. 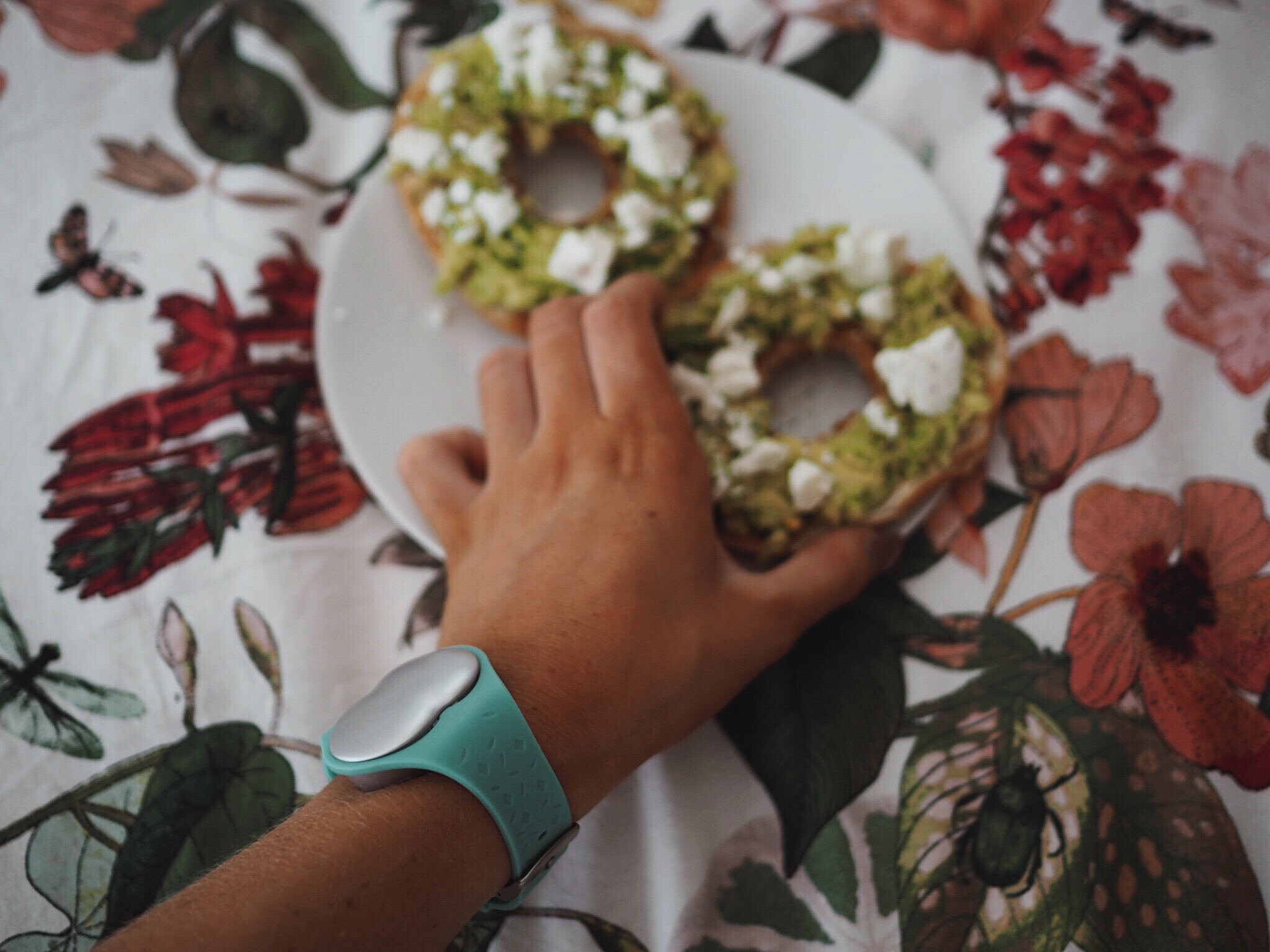 This post is sponsored by Ava Women. All words, views and imagery are – as always – entirely my own.