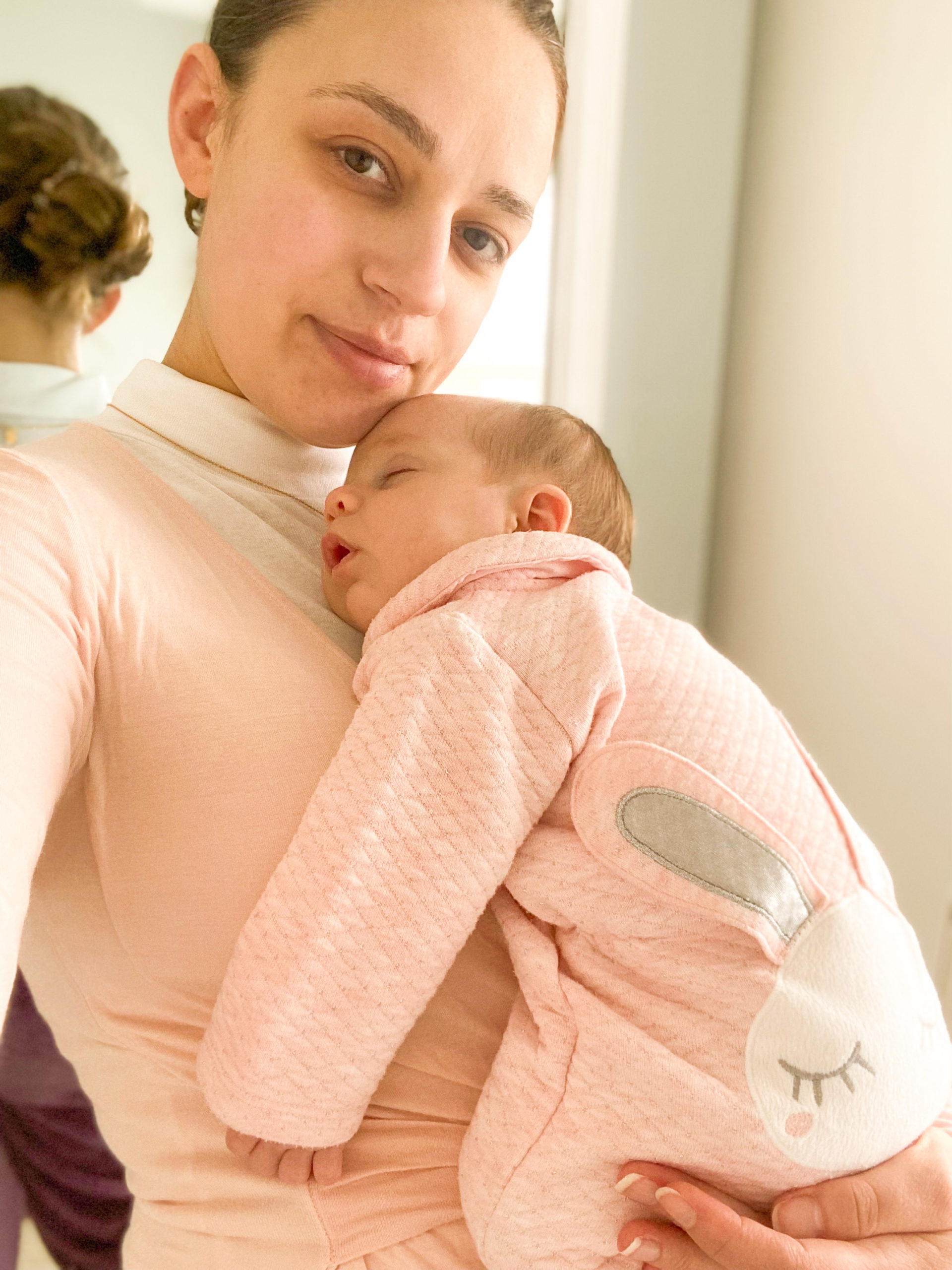 My Second Suspected Ectopic Pregnancy Ended Up Being My Daughter

When Loren found herself facing an ectopic pregnancy for the second time, she was devastated. However, after being admitted to hospital to have her second fallopian tube removed, doctors discovered that perhaps her pregnancy was in the right place afterall. Here she shares the torment and hope that led to the healthy birth of her little girl, Darcie.

It took us just under three years to conceive. By the time I finally fell pregnant, I was definitely ready to start a family. It was 2020, the test was positive and we decided to tell our families on Father’s Day. As you can imagine, everyone cried happy tears and started getting excited straight away. Later that same day, I became struck by an intense pain and by the following morning I was in hospital.

After several tests and a long day it was confirmed that I was having an ectopic pregnancy and that my fallopian tube would have to be removed. I signed documents, my husband brought me a bag of my things and I was prepped for surgery the same day.

We were absolutely gutted but I’m so glad we’d had the joy of telling our families the previous day. They would have needed to know anyway as I needed support with my surgery and recovery. I also told my closest friends and extended my support network further and they were great. Everyone offered help at home, food and a shoulder to cry on.

Apart from a bout of infected stitches, physical recovery from the ectopic pregnancy surgery went well and the NHS were fantastic. Deciding to try to conceive again after an ectopic pregnancy was nerve wracking, to say the least.

Eight months later, after lots of failed tests, my husband suggested I take another. It was quite out of the blue, but he had an inkling. My periods are irregular so I was surprised to see a positive result – again, finally! We were incredibly happy and full of hope that this time, this little one would be joining us.

Almost immediately after finding I was pregnant again, I experienced pain in my side, where my remaining tube was. Having already had an ectopic pregnancy, I could go straight to the Early Pregnancy Unit for a scan. The dates put me at about 5 weeks pregnant so it was still early but given my history, it was important to check.

The following hours passed in a slow blur of blood tests, doctors and scans. Eventually I was told that sadly, it wasn’t looking good. There was nothing clear to be seen in my womb, a mark and pain in my ovary and the fact I’d already had an ectopic pregnancy. It looked like I was having another. I was devastated.

I was 30 and experiencing my second ectopic pregnancy in two years. History repeated itself; I was admitted, with surgery scheduled for the following day to remove my only remaining fallopian tube. My husband sat with me while I cried and then, just like last time, went home to pack me an overnight bag.

Then, in a change of events that was both incredibly hopeful and fuelled by fear, a different doctor came to see me. She sat down in the chair next to my bed and I knew something was different. She explained that, despite all the markers indicating that an ectopic pregnancy was likely, my HCG levels were still rising in the right direction. The doctor wanted to pause and monitor, with another scan in a couple of days.

They stressed that the likelihood of another ectopic pregnancy was still extremely high and prepared me that hormones do often fluctuate, so it wouldn’t be a surprise if, in a few days, they’d fallen rather than risen further. Still, I was full of hope.

A couple of days later I found myself back in the scanning room. There, on the screen, was a tiny little baby with a heartbeat. I can’t describe the happiness or the relief. I was discharged and followed normal maternity care for the rest of my, thankfully straightforward, pregnancy. Months later and here we are, so full of love for our little girl, Darcie. It still shocks me sometimes that the outcome could’ve been so different. I wake up grateful every day that I get to be her mum.

According to the NHS, 1 in 90 pregnancies are ectopic. Unfortunately, it’s not possible to save the pregnancy. It usually has to be removed using medicine or an operation.

READ NEXT: 6 Tips for a Positive Birth Experience When Your Pregnancy is ‘High Risk’