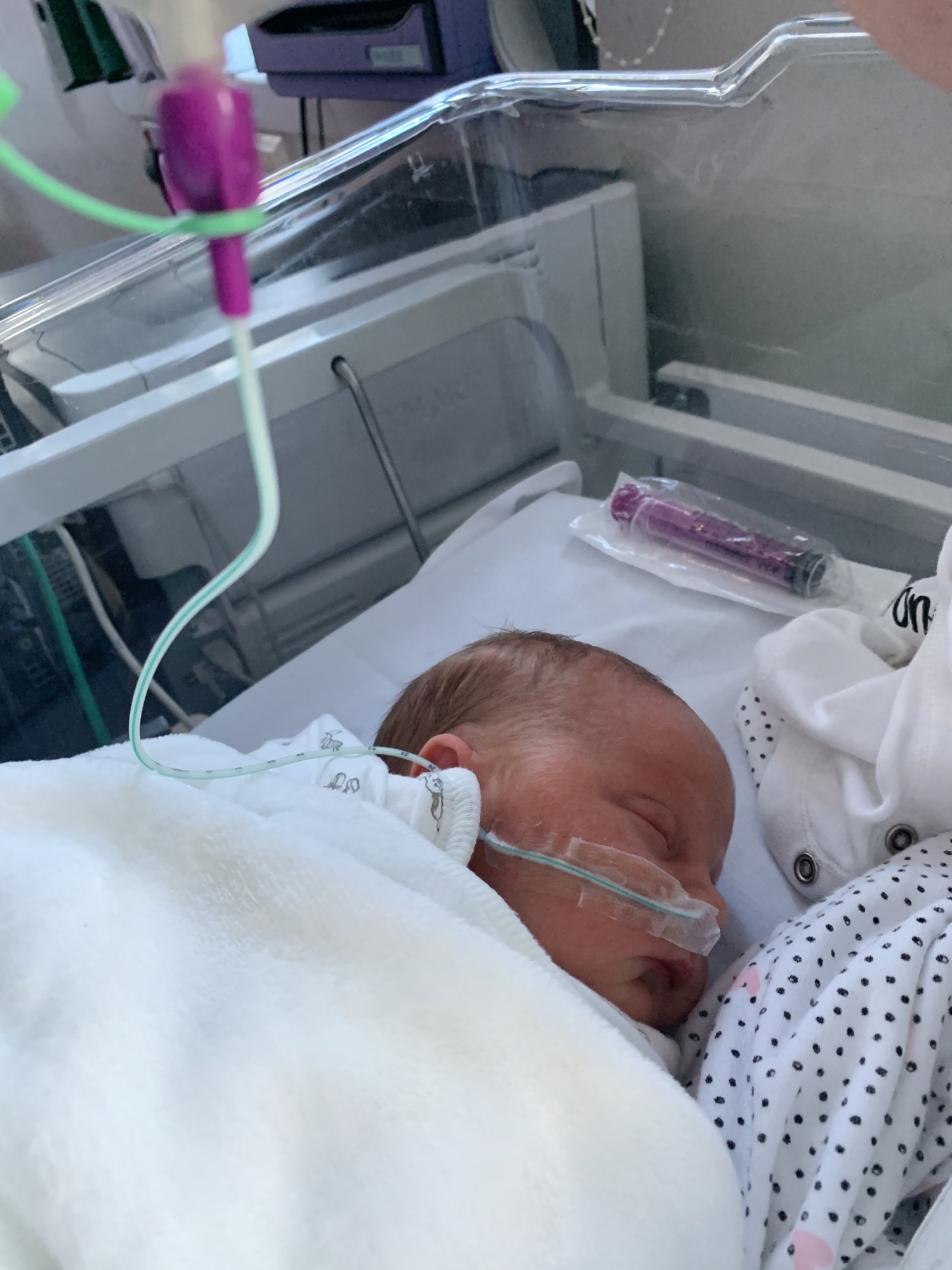 Reflecting on a Premature Birth During the Pandemic

2020 was a year of numbers: number of lockdowns, covid cases, days to isolate, R numbers, 2 solo baby scans, 34 weeks of pregnancy, 10 hours of labour – alone – and 14 days in hospital with no visitors allowed, not even my husband. Just me and my premature baby. This is my story of having a baby during the pandemic.

I found out I was pregnant on the 8th February 2020. Social distancing had begun in the hospital but I was still able to take my mother-in-law along to my booking appointment. Little did I know that the rest would be alone. My first scan was in April and my second in June. I was given a scratch card by the midwife so my husband and I could find out the sex of our baby together. We sat in the car park and learnt that we were having a girl.

Having a baby during the pandemic burst the fairytale bubble that I’d hoped pregnancy would be. There was no holding hands or crying together as we watched our tiny human dance about the screen. Instead I lay there emotionless, unsure how to react and feeling like a bad mother. The human connection felt stripped away and each appointment was short, sharp and medical with faces and smiles hidden behind masks.

I also suffered from extreme nausea and sickness for the first 25 weeks of my pregnancy. I struggled to get GP appointments to review my anti-sickness medication so I suffered in bed. I’ve never felt so alone and isolated as I did during the first 20 weeks of my pandemic pregnancy. The world was in lockdown, I felt so ill, so anxious about parenthood, so scared about what the future would look like.

I focused so much on tackling each day and edging closer towards my due date one at a time, that it never occurred to me that I might have my baby prematurely. I wasn’t due until the 13th October but at 3am on the 1st September, I went for one of many middle of the night toilet visits to find my waters had broken. Two hours later I was in the hospital in a room, scared and completely alone.

The next few hours were filled with things I didn’t even know existed: I was given medication to try and delay labour, I was given steroids to help the baby in case she did arrive early, I was given a vaginal ultrasound to detect any abnormalities.

A few hours later I was transferred to a room where I was allowed to call my husband and tell him he could visit (hooray!) At about 2pm (eleven hours after my water broke) I asked my midwife if the baby was actually coming today. She looked at me as though I had asked her if I was actually even pregnant and told me that yes, of course she was. I had absolutely no idea what was going on. I was in a state of shock, communication was poor and support was non-existent.

After three failed epidurals and a few laboured hours I was transferred to the operating theatre where our daughter was born via a forceps delivery. She was born at 34 weeks and weighed a hefty (for her gestation) 5lb 11oz. We did the obligatory oohing and ahhing whilst they stitched my perineum, then we were transferred to recovery.

After 40 minutes, my husband was shooed away and we didn’t see him again for 14 days.

No visitors were allowed. My daughter wasn’t seriously unwell but needed some help with a feeding tube and spent some time in her incubator (her crystal carriage, our midwife called it).  During this time, I struggled more than I ever had before. I had no idea what I was doing as a new mother.

I wasn’t expecting to become a mum for another six weeks, let alone with my husband banished and an early baby to care for alone. I had no support network around me. I had no idea when we’d be allowed home. Easing lockdown restrictions at the time meant that my mum and sister were able to go to the pub and ‘celebrate’ the new family member. They drank their prosecco and toasted us as I sat sobbing in the bathroom for the fourth time of the day.

Eighteen months, thousands of tears, three months of therapy and one birth debrief later, I’m feeling positive. My daughter’s first birthday was a challenge, it brought back so many of the feelings I had around having a baby during the pandemic but with that milestone out the way, I’m able to look back at the trauma of my premature birth story and feel at peace.

There are most definitely changes that need to be made to maternity and postnatal care, pandemic or not. I’m expecting my second child in September and I feel more confident that my experience this time will be better. I feel like I’ve found my voice and am working towards being more than just ‘Mum’ again.

READ NEXT: I Had Two Premature Births, One as a Single Parent