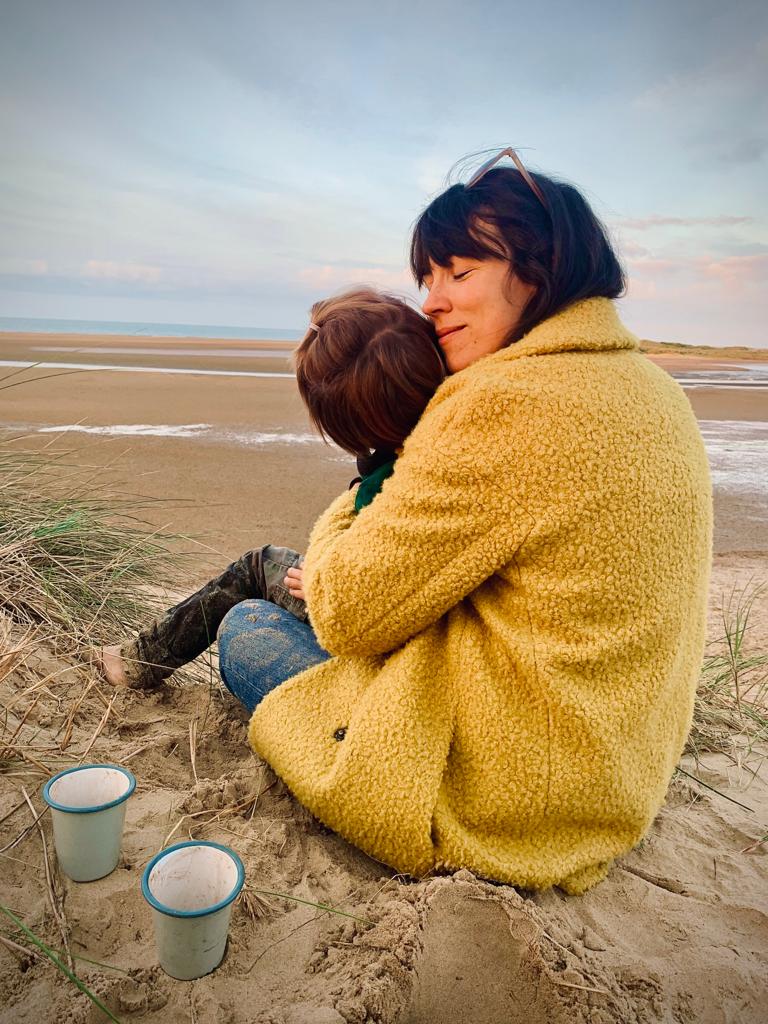 Our Surrogacy Journey (Part Two): Why I Decided to Carry Someone Else’s Baby

Surrogacy is a practice that most of us only know about on TV. If your knowledge of surrogacy only extends as far as Phoebe Buffay carrying her brothers’ triplets, then you’re going to want to read this.

Earlier this month, mum-to-be Victoria – the intended parent – shared the first instalment in a series of columns following their UK surrogacy journey. Now, we hear from Poppy – Wonder Womb – who is carrying their baby. In this honest piece Poppy shares her why behind being a surrogate. UK surrogacy has to be purely altruistic; whilst reasonable expenses are meticulously tracked and covered, ultimately the sacrifice of pregnancy and birth, not to mention the fertility treatment to get that far, is embarked upon solely out of a desire to help another family become parents. Pretty amazing, huh?

This journey of being a surrogate honestly started with a dream. It was near the end of the summer of 2020 – that glorious weather that began in March and carried us through the dismal news and isolation until October – that I awoke from another of my frequent pregnancy dreams with an unusual recollection; this time the baby hadn’t been mine.

I was pregnant in my dreams a lot. I have been pregnant twice, in reality. My husband and I are extremely lucky to share two beautiful sons. Having survived toddlerhood twice and finally finding ourselves stumbling towards the enticing golden light of independence, we decided we were definitely content with our family of four and he had a vasectomy.

While I was quite sure I didn’t want to relive the newborn days or try to find space for a third child in our lives, I did still yearn for pregnancy. For the excitement of peeing on sticks (I know now that this is a luxury of fertility privilege – for me, pregnancy tests had only ever held reassurance or joy, never heartbreak) and the carrying of a secret so much bigger than the rapidly multiplying cells in my uterus. I wanted to inspect my reflection for evidence of a gently rounding bump and marvel at the way the skin of my armpits, crotch and areolas turn brown with the pregnancy hormones. I craved the constant companionship of the little friend you carry with you everywhere you go, the inimitable feeling of being elbowed from the inside.

Anyone reading this who has ever carried a baby will know that I was wildly glorifying the experience of pregnancy. I was ignoring the first trimester of constant nausea and exhaustion, the arrival of skin complaints and aversions to smells. The anxiety of whether I felt ‘pregnant enough’, the fear of miscarriage or hearing “I’m so sorry” at a later scan. I was failing to remember the feeling of another human’s foot pushing on your ribs or the excruciating fanny daggers, or the intense rage mustered by a patronising obstetric registrar. I was overlooking the intense annoyance, hip and shoulder pain conjured by not being able to sleep on your back or front and the indignity of being unable to tie one’s own shoes or trim one’s own pubes. And I had only had straightforward pregnancies.

This feeling of nostalgia for my pregnancies coupled with my dream formed a quiet insistence of the idea – perhaps I could carry a baby for someone else – that pestered me all day until I was able to put the children to bed and peruse the internet for more information.

I had never, as far as I knew, met a surrogate, a person who had been helped by a surrogate or a person born through surrogacy. I only vaguely knew of their existence from celebrity news and Phoebe’s famous triplet surrogacy journey in Friends. Google revealed the existence of UK surrogacy agencies, which aim to facilitate matches between surrogates and those who need them, and signposted me towards UK surrogacy law.

SUGGESTED: Everything You Need to Know About UK Surrogacy From a Family Lawyer

Podcasts were found and devoured, including a full 100 episodes of Sarah Jefford’s Australian Surrogacy Podcast, which was absolutely invaluable to me in the first few months of research. Facebook opened up a vast cache of anecdotes, acronyms and announcements in the realm of the independent UK surrogacy groups.

The one common thread was this: being a surrogate requires Intended Parents. That is, the couple or person who’s baby you’re going to carry. My search began.

I read through hundreds of introductory posts from hopeful Intended Parents. Some were short and direct, others much longer – listing miscarriages and stillbirths, surgeries endured, organs removed, years and fortunes spent trying fertility treatments that had come to nought. Most included a geographical location, an indication of how well settled they were (‘married three years, own our forever home’) and their jobs or hobbies. If they already had any children they would talk about their wish for a sibling, if not, they would include a photo of them with their pets or nieces and nephews. It was immediately clear that there was no shortage of people looking for the sort of help I wanted to give, but far less straightforward how I would find the right IPs for me.

So was this it? The first real step towards being a surrogate. I posted my own introductions to the various Facebook groups in February 2021, after many evenings spent discussing the concept with my husband. His initial fears for my health and our family’s status quo had subsided as my interest in the idea persisted and he understood how much I wanted to take further steps toward being a surrogate. My inbox was bombarded with exceptionally kind messages from both IPs and other surrogates, but it was still some months before I would virtually meet the couple who would change my life.

READ NEXT: One Mum’s Journey Adopting as a Same Sex Couple