If you’re expecting or have been pregnant, you’ve probably heard about pre-eclampsia, a condition that could affect up to 6% of pregnant women in the UK. Pre-eclampsia poses risks to both the mother and baby and in some cases, delivering the baby is the safest choice, even if it means prematurity. Leanne shares her preeclampsia story after her son was born at 30 weeks due to the condition.

I felt like I had completely failed as a Mum

My son, who was born 10 weeks early due to preeclampsia, recently turned one. It’s a time to reflect: on the year that has passed, on how precious life really is. So here is our story. I hope I’ll find sharing it cathartic but mainly, I want to raise awareness around preeclampsia and preterm birth.

When my (now) husband Luke and I had our wedding postponed due to the pandemic, we decided we couldn’t wait any longer to have our first baby. Following a miscarriage, we were ecstatic to find ourselves pregnant again just two weeks later. It would be our Jake. We were very anxious during those first 12 weeks, but when we went to our scan we breathed a sigh of relief knowing that he was growing and healthy. Before I knew it, two trimesters had whizzed by and I was 28 weeks pregnant.

One morning, I woke up feeling a little light headed and randomly decided to do my blood pressure with a home monitor. It was raised. I checked my blood pressure later that day and it was even higher. I went to the hospital to be on the safe side. Three days later, still in hospital, protein was found in my urine and I was diagnosed with preeclampsia.

Very shortly after the diagnosis, Luke and I went to have a scan to see how Jake was doing. The news we received hit us both like a tonne of bricks. We found out that there was insufficient blood flow running from the placenta and he was measuring extremely small for his gestation. He was predicted at a tiny 850g (1lb 13 ounces). I felt like I had completely failed as a Mum. We were heartbroken that he was having to work so hard to grow.

There was no oxytocin boost or rush of love

I spent the next two weeks in hospital. Numerous conversations with doctors and midwives were had and I was transferred to another hospital that had a Level 4 NICU due to Jake’s size. I spent many hours attached to a heart rate monitor and had frequent scans and of course, my health was at risk too. I struggled with intrusive thoughts; I couldn’t shake the feeling that I was going to die in that hospital. One of the hardest parts though was being surrounded by women going into labour and holding their healthy babies right next door to me. Some days, it felt like torture.

I managed to keep Jake inside and safe until he was 30 weeks and 4 days. Later that day, blood tests showed that my platelets had dropped and if they dropped any further it would be too dangerous to have an emergency c-section. The time had come for Jake’s arrival. It was so early, I couldn’t even imagine it.

Later that afternoon, Jake arrived and was briefly placed on top of me for a quick picture before he was whisked away by the NICU doctor and nurses. I didn’t have time to process the pain I was in or the fact that my blood pressure had dangerously spiked after he was born.

A new journey began: neonatal care. I went to see my son for the first time in complete shock. I’d love to say “I was full of love when I first saw him” but truthfully, I still felt pregnant. There was no oxytocin boost or rush of love. I felt confused and distant for many weeks.

I didn’t recognise myself for a long time

Days and nights were spent in NICU attached to a breast pump. It became my new best friend. I held that pump more than I had held my own baby. All the while still trying to recover from the mayhem that preeclampsia had caused through my body. I didn’t recognise myself for a long time.

But Jake was incredible. I was – and still am – in awe of his strength. He was the smallest but the loudest baby in the unit and amongst all the noise of the monitors, I could hear his cries all the way down the hall. He was small but mighty! We were told that the first two weeks were vital in his survival.

We were also told that his neonatal journey wouldn’t be a straight line to the finish and that he would face many health challenges along the way. We did all that we could to be his Mum and Dad. The days were spent reading and singing to him, tube feeding him with my breastmilk, learning to help the nurses, handle and hold our little man for an hour a day.  After a long two weeks in NICU, finally some luck was on our side and the doctors felt that he was doing so well that he could be transferred to a lower level neonatal unit.

With an infection, procedures and a few more breathing difficulties along the way, I quickly learned that during your baby’s neonatal journey you learn to hold onto the little wins. Like dressing your baby for the first time, moving from an incubator to a cot,  tubes being removed and finally feeding from your breast or a bottle. In the final two weeks before he came home we could really see a huge improvement.

Seven weeks later, the day came: he was finally coming home. We were terrified, but I guess as prepared as new parents in our situation could be.

“Just look at how far he has come”

The first six months after bringing Jake home were tough. Not only were we first time parents but we were both healing from the emotional and physical trauma, whilst trying to be our best selves for Jake.

Around four months after Jake was born I was diagnosed with PTSD and I suffered with high blood pressure from preeclampsia until Jake was 7 months old.

I found that I often heard the phrase, “just look at how far he has come” and of course it is absolutely true. He is an incredible boy and I am in awe of him. I am so proud to be his Mum. However, the pain from the memories isn’t something you can completely shut the door on. Luke and I also know that deciding whether to have a sibling for Jake is a difficult decision that lies ahead.

One thing I have learned this past year is that time may not heal all wounds, but it can certainly heal some small parts. With the help of therapy, I now appreciate each day with him…even those challenging ones. I can now see a bright future for our gorgeous and cheeky Jake and our little family. I know this story could have had a very different ending, but I can see we have finally reached the light at the end of the tunnel.

The strength Luke and I have gained from this experience as a couple will be with us forever. We finally got married with Jake smiling back at me as I walked down the aisle and it was the icing on the (wedding) cake!

There’s a quote I love so I’m sharing it here for other mothers who have experienced – or are currently experiencing – preeclampsia or neonatal care;

READ NEXT: I Had HELLP Syndrome in Pregnancy – Make Sure You’ve Heard of It 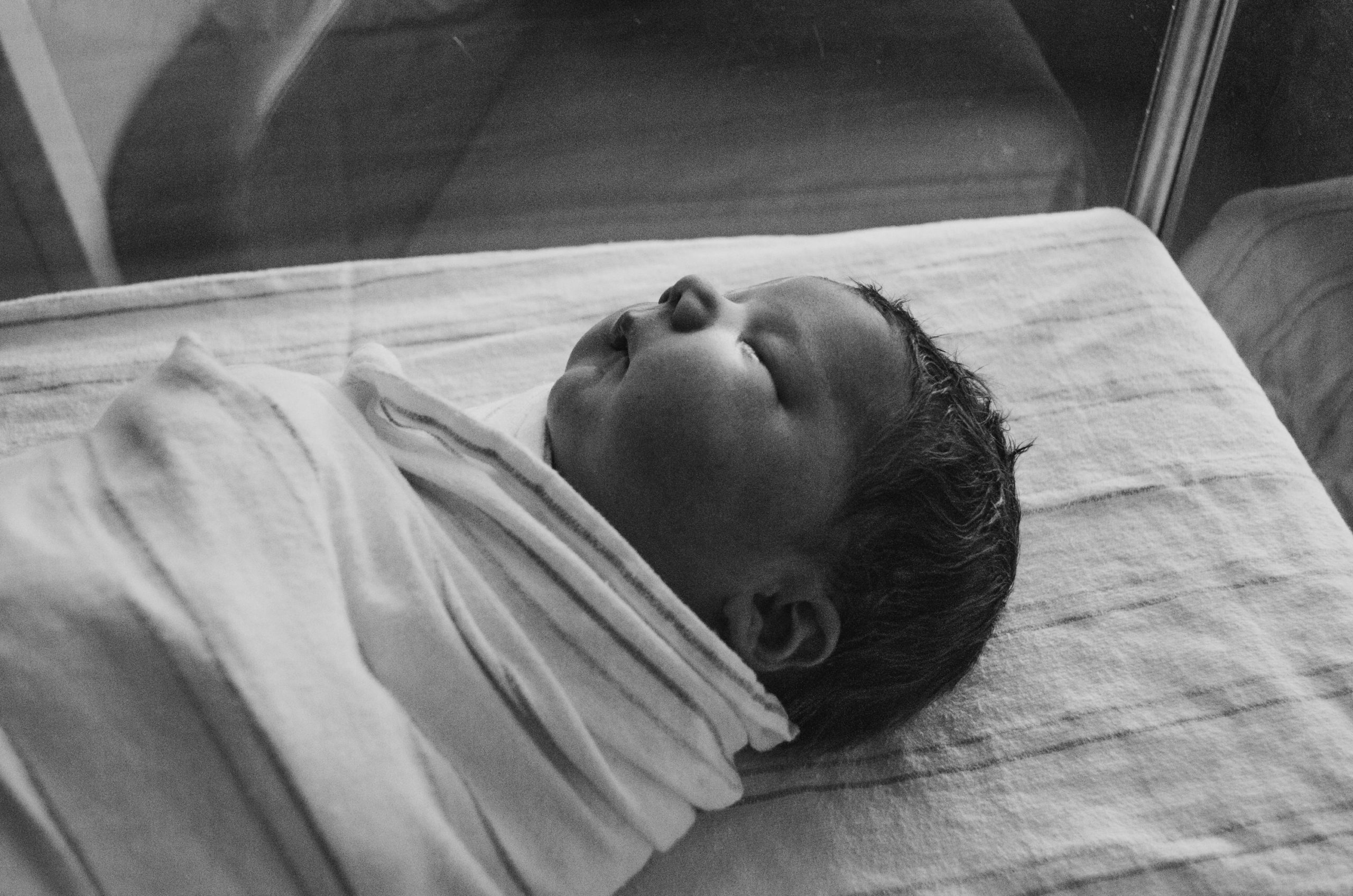