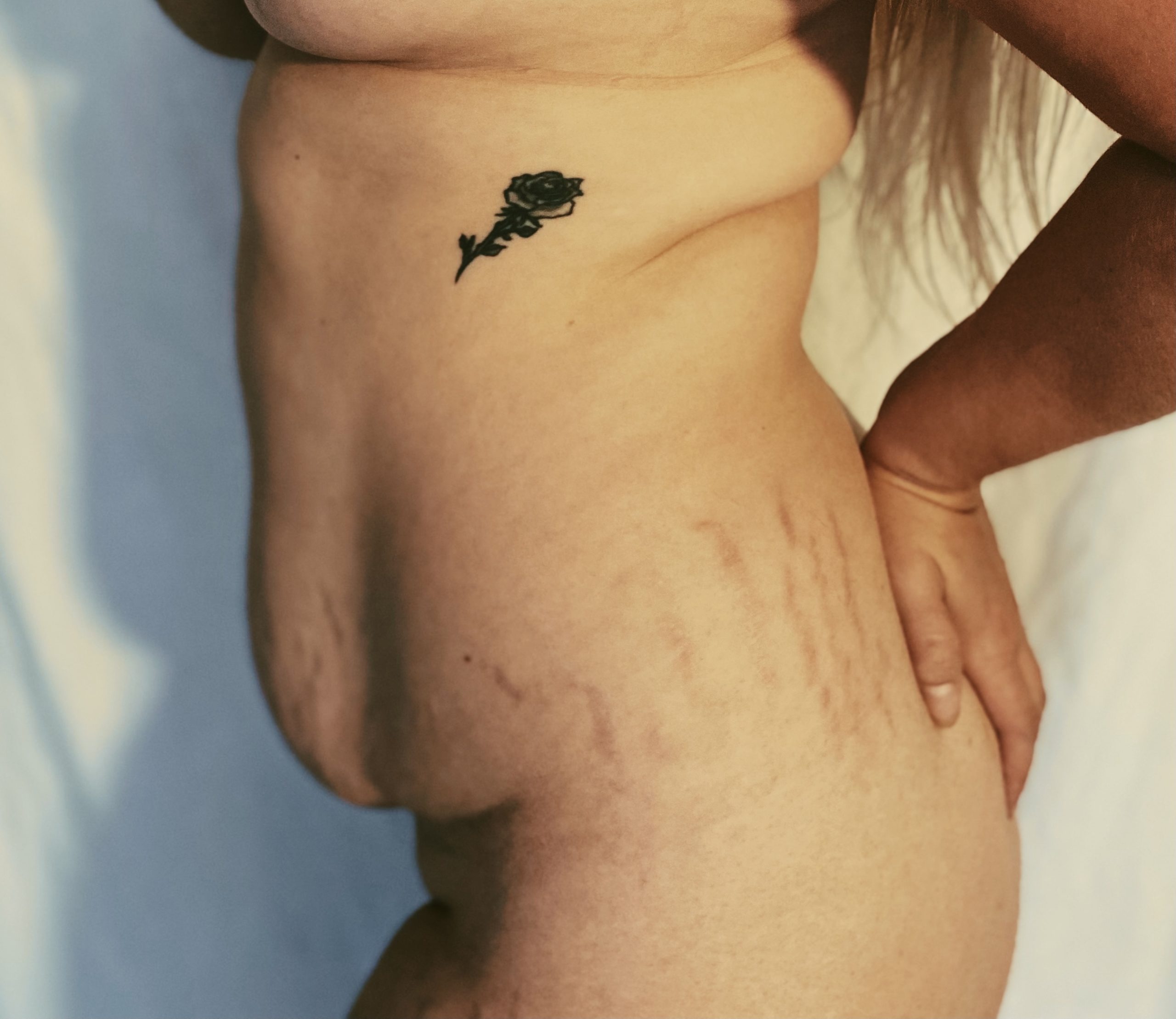 I Stopped Hating My Postpartum Body

Melissa Suffield (otherwise known as Lucy Beale in Eastenders!) became a mother less than a week before the first lockdown. In this piece she talks about her changing relationship with her body after a baby, the ‘resume normality’ deadline of the fourth trimester and how she came to stop hating her postpartum body. Melissa writes about motherhood, solo parenting and body positivity at @the.confidentmama

I’ve always been in awe of my body. As a dancer, the things I could do with it. As a risk-taker, the way it has protected me. As a woman, the things it’s capable of, even when I felt let down by it after being diagnosed with poly-cystic ovaries. Pregnancy was a wonder. I watched it grow, change, leak, swell, stretch, move, and ultimately birth my incredible son, and my GOD – what a display. I felt out of control, like pregnancy was something happening *to* me. I was holding the wheel but not driving the car. Despite that, surrendering myself to something so primal, weird and life changing was the most natural thing in the world. Even when I noticed stretch marks and leaked colostrum as early as 23 weeks or went overdue and moaned non-stop, it was all ok. We were building up to something great.

After my son was born I wondered if I’d ever feel normal again as I battled mastitis, the first postpartum poo (and my first ever haemorrhoid to boot) and sleep deprivation. Still, I felt amazing – look at what I had made! He was so perfect. We were in a bubble, building our new life in a weird and unknown world as we plunged into the first lockdown on his 7th day earth side. I hold that first lockdown quite dear to my heart. No interference, or schedules, or dates to keep – we were allowed to just exist and learn at our own pace, in our own time. We relied on instinct, made choices (like becoming an exclusive pumper, something which I don’t think I’d have done if we weren’t locked down) and we didn’t answer to anyone else.

The fourth trimester promises to be your time. You exist in a newborn world, filled with things to nourish you as you battle exhaustion. There are no rules governing postpartum body image after a baby in those first weeks – no diets, no exercise, no standards to uphold.

And then it’s over. Your twelve weeks are UP and you should be BACK TO NORMAL. Except, you don’t know what normal is anymore.

The mothers you see on TV or in your gossip magazines look like they’d never even been pregnant. Your friend was at girls night just shy of her baby turning 4 months. Did you do something wrong? Or just not try hard enough? The pressure that accompanies motherhood is relentless.

I loved my body [for what it had given me], but I really didn’t like it

My son got older. The fourth trimester was a distant memory, yet I felt like I still looked like I had just given birth, even with my kid nearing his 1st birthday.

I no longer loved the parts of my body that I was in awe of in the first few weeks. I had once marvelled at the squishy tummy that my son had so recently called home – now, I wondered why it just hung there like an overstretched elastic band? Why hadn’t it snapped back? My boobs, that had this incredible job, felt like chains. I was shackled to a schedule of pumping, attached to a machine 5 times a day. I saw women with children of similar ages looking like they did pre-baby and it was a punch in the gut.

It’s not ungrateful to wish you had your old body back. It’s not selfish to miss your favourite jeans. It’s not toxic to fear that you’ll never feel comfortable in a bikini again. Your emotions are all valid. This shit is HARD and we ALL feel it to some extent.

SUGGESTED READING: What It’s Like Having a Toddler in Your Forties

I spent a long time feeling like that until I thought – fuck it. I bought bigger jeans. I stopped hiding my arms. I stopped making excuses for my appearance at every possible turn and amazingly, the world didn’t end.

I still feel all those horrible feelings above from time to time and some days I am overwhelmed by how much I miss the old me – her clothes and her adventures – but I’ve worked really hard to shift my viewpoint. I’ve given more power to who I actually am than what society thinks of the body I live in. It’s an ebbing and flowing journey of love and whilst you do have to put the work in to move towards self-acceptance, it does get easier.

There are so many things about me that are more interesting than my body. I am a daughter, a sister, a friend, a lover, an actress, a dancer, a karaoke queen, a foul-mouthed debater, a cynic, a dreamer…and now I’m a mother. I’m all of those things no matter what size my jeans are or how many stretch marks I can count and so are you.