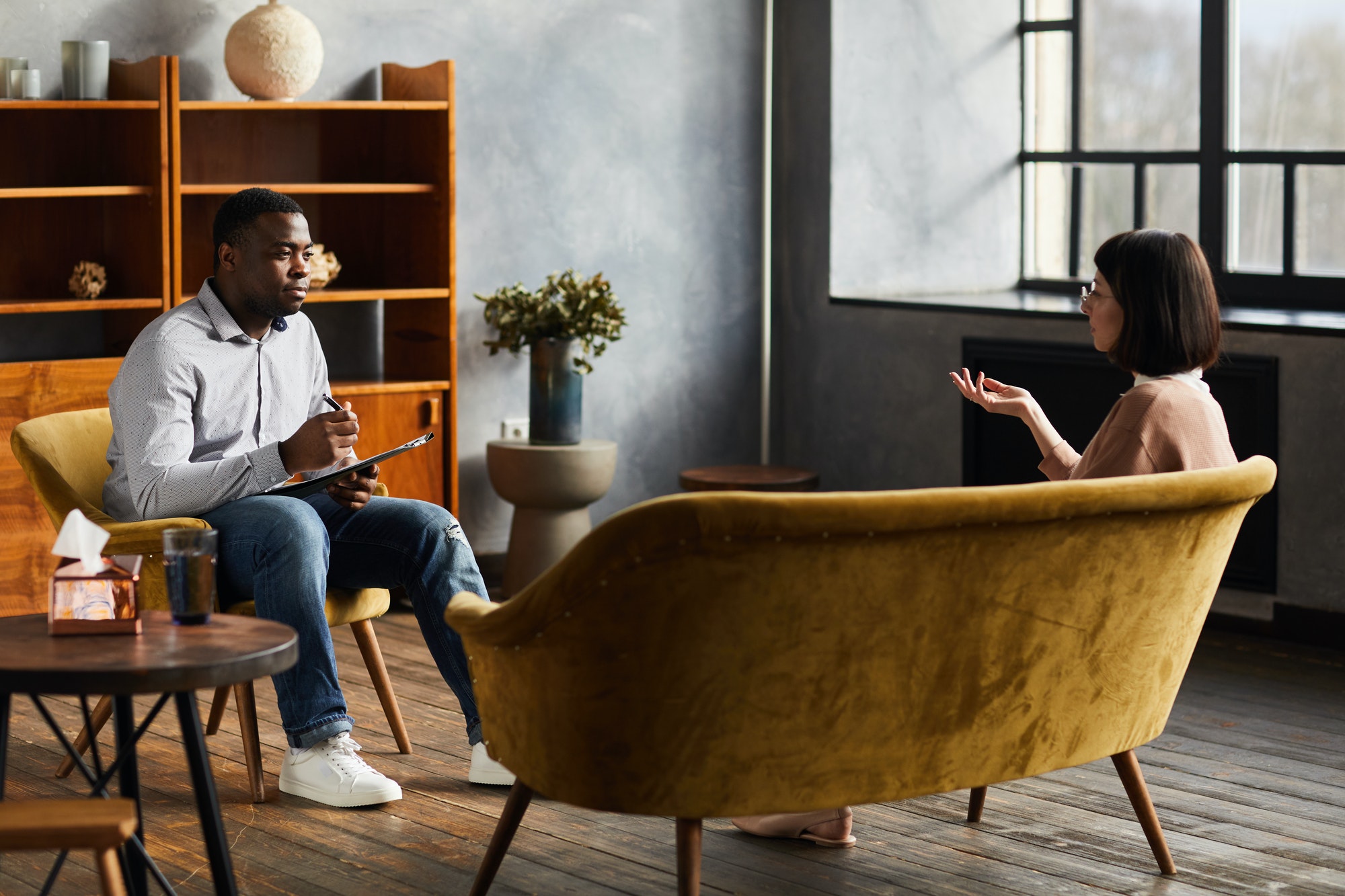 How to Find a Good Therapist

Knowing how to find a good therapist is really hard. So you’ve decided you’d benefit from chatting to a professional? Good. I don’t really know anyone who wouldn’t. Therapy can be one of the greatest investments into yourself. Bearing your soul to a total stranger is overwhelming enough, without the added stress of how to find a good therapist in the first place. They’re not hiding under rocks and behind bushes on some sort of chaotic mental health treasure hunt, it’s just important that you find your person. Here’s how I found mine.

How to find a good therapist step one: Google is your friend

The first thing I did was search for ‘therapist [insert area]’. A whole host of people came up, literally entire directories of profiles. Little thumbnail head shots, names, specialisms…How do you possibly pick?

The therapist I eventually went with had her own website. In amongst a sea of directory style sites, this made her stand out. I read through it, I liked the sound of her approach and I thought she looked friendly and approachable.

Then I scrolled through the directory pages and stopped when I decided I liked the look of someone. Based on what? I don’t know. Instinct, appearance (not that looks are an integral attribute in a therapist, but you do have to sit across from them for an hour at a time), sometimes just at random. I noticed I was gravitating towards women so I went with that.

I found another who’s profile I liked and decided I’d start with my list of two potential candidates.

Email and ask for a free telephone consultation

I prefer emailing someone as the very first form of communication. Classic millennial, hiding behind a screen. I sent the same message to both and briefly introduced myself and explained why I was interested in therapy. I asked if we could arrange a telephone call and both obliged. I booked them in for the same day because I wanted a direct comparison.

Go with your gut

As it happened, I liked both on the phone. Each call lasted between 15-20 minutes (which was longer than I had expected) and I decided that was a good sign because I clearly felt comfortable talking to them.

I ended up booking in an initial face to face with both. Oops. I then gave myself a couple of days to decide which I’d like to see (at least first) so that I could cancel the other.

Something one of them said to me kept coming back to me. “I will be 100% on your team. Team Beth. I’ll be your person.” I liked the sound of that a lot.

Consider the cost but don’t let it dictate you

Therapists can really vary in price and it’s understandably never cheap. There was a not insignificant £20 a session price difference between the two I had contacted. As it happens, the one I picked was the cheaper of the two at £50 an hour. However, I tried very hard not to let that sway my decision. I figured that it’s a lot of money to spend each month regardless so it had to be the right person, other wise it was a waste.

On average you can expect to pay around £50-60 an hour for a therapist. Some charge more, some will occasionally charge less or offer a reduced rate for those on a low income.

Go to the first session with an open mind, but don’t be afraid to say if they’re not right for you

The very first time I tried therapy (a few years ago) I went to one session and didn’t go back. I didn’t click with the woman, I didn’t really like her dialogue and – this is probably a bit silly, but it’s true – I felt a tad catfished. She was at least twenty years older than her photo had been. I wouldn’t have minded, it just kept bothering me that someone would use such an outdated head shot.

This time around I went to the first session knowing that if I didn’t like her, for whatever reason, that was fine. I’d contact the other lady or go back to the drawing board.

As it happens, I was lucky to find that we clicked immediately. I’m now four sessions in and expect this to be a weekly feature on my calendar for the foreseeable future.

A note on recommendations from friends and family

When you’re wondering how to find a good therapist, it’s natural to feel more secure when you’re following the recommendation of someone you know and trust. However in this case I don’t advise that. Personally, I won’t be giving my therapists details to anyone close to me. Why? Because she’s my person. Selfish? Maybe. There are enough people out there to choose from that I wouldn’t feel comfortable with ‘sharing’ a therapist with someone I know. One of the joys of therapy is being able to talk to someone entirely independent. Someone who doesn’t know any of the names you’re referencing; they’re characters in your story. At times, sharing would probably be a conflict of interest anyway.

Have you tried therapy?