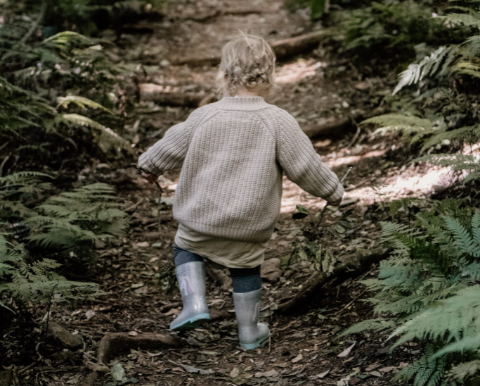 Ahhhh toddlers. If you’ve ever desperately Googled  ‘how to deal with tantrums?!’ then you’re very much not alone. Toddler temper tantrums start from around 18 months old and are very normal. Short periods of angry outbursts or irrational (to adults) behaviour like crying, screaming, or shouting are common and are fortunately, unfortunately, a standard part of your little one’s development. Whilst that might be comforting to know, it sure as hell doesn’t make knowing how to deal with tantrums any less stressful! Even the calmest of parents can be rattled by the dreaded toddler temper tantrum, especially in public.

As children develop, they like to flex their independence muscles, so if they are stopped from or can’t do something they want to do, they can get upset, mainly out of frustration. Toddler temper tantrums can also come from overtiredness, hunger, feeling ignored or jealous of another child, or feeling worried and anxious. We appreciate that’s a lot of variables but trying to piece together how they might be feeling and why is a great first step when wondering how to deal with tantrums.

Disclaimer: we also know that toddlers can be confusing and irrational to our adult brains – maybe they truly are throwing a tantrum after you peeled their banana…which they just asked you to peel. Proceed to step two, Mama…

The expectation that as parents we’ll remain calm and collected, even while our little darlings are throwing the mother of all toddler temper tantrums is unrealistic. Modelling behaviour means calming yourself down first using methods that it would be ideal if your toddler copied. “Mummy is feeling frustrated so I’m going to take five deep breaths” or “Mummy needs to leave the room for a minute to calm down before we talk about this.”

Sometimes simply bending down to meet them at eye level can work wonders. Body language can really help to bring down the strong emotions and feel connected and often, offering a hug is something they need but don’t know how to ask for! Making your child feel seen and not ignored when they’re acting up (as was probably the case with our own generation) is a positive step in how to deal with tantrums and isn’t rewarding ‘bad’ behaviour.

Toddlers have wonderfully short attention spans so offering something else in place of what they can’t have, or starting a completely new activity, can snap them out of the tantrum almost instantly. This doesn’t mean you’re ignoring their feelings, nor breaking whatever boundary it is that may have upset them. Toddlers like consistency so it’s important to learn how to deal with tantrums without ‘giving in’ (even if it’s the easy option – especially in public!) – sometimes offering them a choice that suits you is a way round this. “You can’t have the pink cup because Mia is drinking from that one, but would you like the blue cup or the purple cup?” For toddlers, choice equals autonomy and independence.

Half of the battle with toddlers is that they’re little people full of big feelings. Helping them understand and navigate them can go a long way to dealing with outbursts and preventing them. At the time of the tantrum, acknowledging their emotion, explaining clearly and kindly why they can’t have X, followed by finally suggesting another fun activity you can do together instead can help their long-term understanding of the world around them. For example, when your toddler wants the unsafe object you’ve just taken away from them, you might say something like: “You’re angry because I’ve taken the scissors away from you. Scissors are not a safe object to play with. You can choose another toy: would you like the yellow car or the jigsaw puzzle?”

SUGGESTED: 6 Tips for a Positive Birth Experience When Your Pregnancy is ‘High Risk’