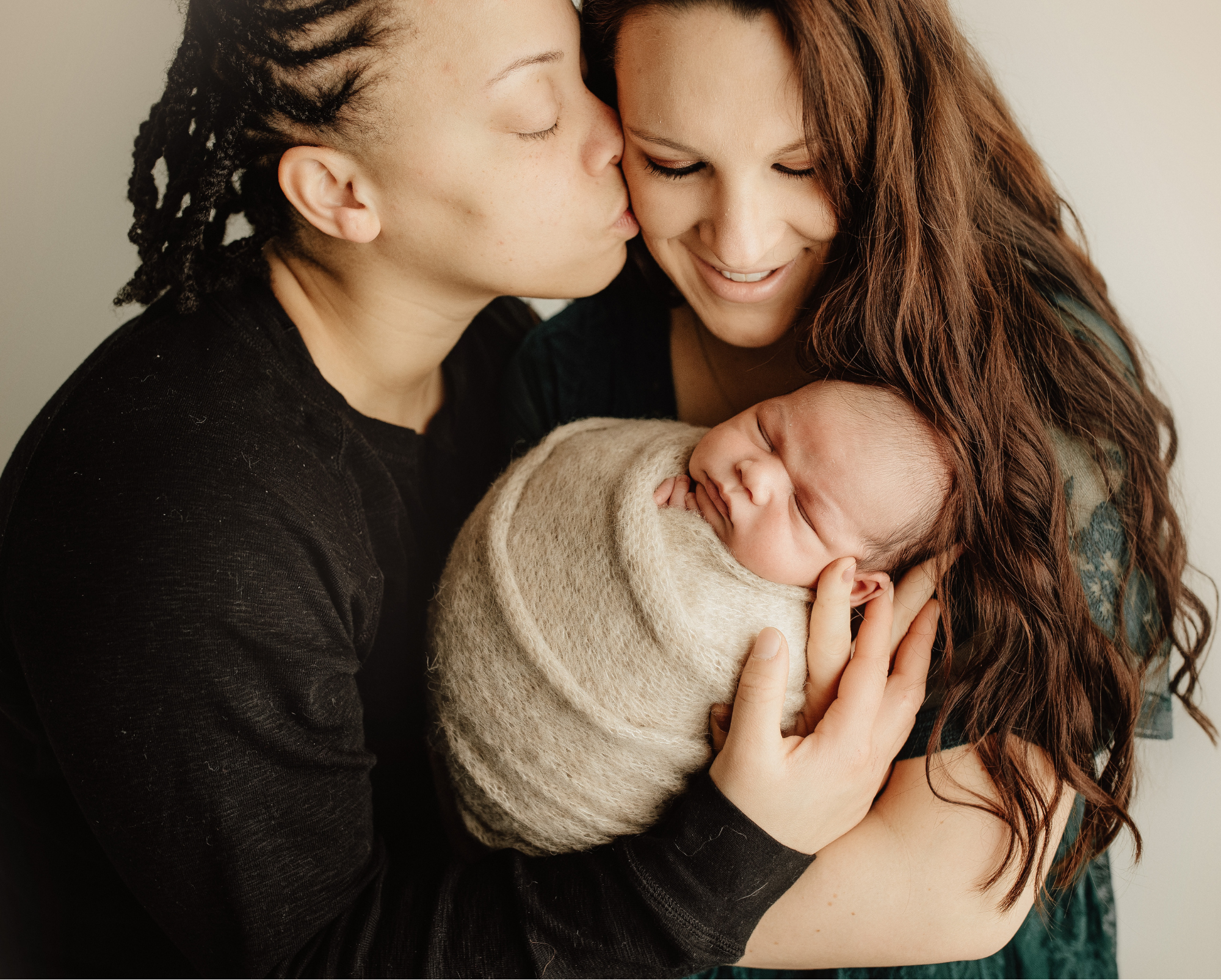 “Do You Love Your Adopted Child As Much?” One Mum’s Journey Adopting as a Same Sex Couple 

When Jenny and her wife decided to have a child, it made sense for them to turn to adoption. However, adopting as a same sex couple isn’t quite like in the movies (or in a Friends episode). Here, Jenny talks about the big questions around loving an adopted child that adoptive parents are often afraid to voice.

If you’ve ever hit incognito mode to google things like:

“Do you love adopted children as much?”

“Why do adoptive parents have to take training when biological parents don’t?!”

“Is adopting really like it is on Friends where the birth mother picks a family to raise her child?”

You should read this.

Adopting as a gay couple isn’t brand new. We’ve been able to do it for twenty years, but to be honest that’s not that long in terms of human rights. I still hear a lot of (older) people asking if it’s allowed. But it can be a different beast to adoption for straight couples, so if that’s you, then bear with me through the parts of my experience which will probably be hard for you to empathise with.

My wife and I got married (and that really was new) in 2014. We knew we wanted to start a family and we’d been round the houses discussing how we wanted to do that. There’s a weird specificity to planning a child like this; there’s no “leave it up to fate” or “well, it could take a year to fall pregnant so let’s just get practising”. It’s very much the case that you need to be 100% certain you’re ready.

At first, we had a fantasy we could work with biology to make babies that were as close to birth children as we could. One of us could donate an egg or two, and the other could carry the kid once the eggs were fertilised. At this point, we didn’t dig into sperm donor choices. It was all very theoretical. It seemed like the “fairest” way to do it; one is a bio mum, one is a birth mum. And then, when we had another, we could switch. A perfectly logical, intertwined family.

But humans aren’t perfectly logical people, and the world isn’t fair. My wife was over 35 and her eggs weren’t viable for the extraction procedure – bearing in mind this is something we would have had to go to some expensive private clinic for – and she was also adamant she did not want to be the one to give birth. We briefly discussed me and my fresh young eggs going solo, using a donor we would find online – but I couldn’t shake the feeling that my large, sprawling, fertile family, with its very strong genetic resemblances, was so omnipresent, and my wife’s family was so small in comparison. If we couldn’t find a way to bring her heritage into the mix by having a birth child, then I felt like adopting a child without either of our genetic backgrounds was the way forward for us. Clearly, this is one couple’s experience; we all know this stuff is so finely tuned within relationships, it’s impossible to second guess what anyone’s partnership is like on the inside. This is just how we felt.

Turning to adoption, therefore, for us, was not a “last resort”. It was just… an option. We didn’t see any sort of stigma, or feel sad about it. This is a point where it’s different (in my experience) for many straight couples. I have met, and spoken online, to many straight people who come to adoption after extended periods of failed fertility treatment and they come with grief. This is absolutely expected within the adoption system and there is a mandatory length of time you have to have passed since the last failed attempt before you’re allowed to start the process. However, there are other voices much better qualified than me to shine a light on that, or how it feels.

Right at the start of the process, I wanted to see for myself whether an adopted family could feel ‘normal’. We’ve all seen adoption on television; young, unwed women picking slightly more mature, married, picture-perfect but infertile adoptive parents out of a magazine. Let’s cut through that crap. The children in care in the UK are almost all there because they have been involuntarily removed from their parents. The larger part of the education you receive in the lead up to becoming an approved candidate as an adopter is to make sure you understand this. There is unlikely to be a baby coming into your life who has been surrendered to nuns by her underage mother. This is not the 1950s.

This does not mean you will not be matched with the absolute love of your life, or you will not be able to adopt an infant. It does mean you need to become a bit aware of some of the darker things that may have happened either to your child, or within their birth family. You will – or you certainly ought to – be offered support on an ongoing basis, pre and post adopting. This can be therapeutic support for a child who has suffered trauma, training for you on how to best form an attachment and guidance for your loved ones on how to support you at this time. It centres around the concept of the child needing to realise that you are their “forever” home and you are not going to vanish. This means that if you can, you should avoid letting other people coddle your new child right away. No sleepovers somewhere else, or au pairs in the first six months.

A friend of a friend had two young daughters who had been adopted in the last five years or so, and she sat us in her garden with an enormous pile of paperwork and even bigger mugs of coffee, and regaled us with stories of her experience of the system. It was not straightforward but she was understanding and admiring of the people she’d worked with in the council who placed her kids. So much so that she now worked for them. We met one of her daughters and she was… a kid. Just a little girl doing little girl things. It was almost embarrassing to admit that I’d wanted to see her in the flesh, to prove she wasn’t some kind of myth or unicorn. Almost embarrassing – but not, because her mum knew exactly how I was feeling. Since then, we’ve tried to pay it forward by speaking at events for our agency, or sharing our story, like I am now.

The way I try to explain our love for our daughter now and how it developed, is that it’s more like a dad’s love. This is broadly generalising but it gets the point across. A birth mother has time with her bump and her hormones; she gets flooded with emotion at birth. A father I know said that he felt guilty when his first child was born for feeling fond of the baby, but not obsessed in the same way his partner was. He experienced a growth in that love as his son aged, as he built a relationship with the baby and saw how his life would now be. I’m sure his wife would be the first to say their love for their children is equal.

When we met our daughter, we felt protective, we felt emotional, we felt fondness and tenderness – but she was six months old and we didn’t know her. We didn’t know what her cries meant or how she liked to be burped. We had to learn her.

I felt levels of love unlocking at unexpected times, little rushes of emotion that never went away again. We were fortunate enough to be prepared to not feel a thunderbolt of love-at-first-sight, and not to beat ourselves up and start questioning whether we had done the right thing. I always credit a specific group of users on mumsnet for that. Love it or hate it, the adoption forum on there was a fantastic place back in 2014 and I learned that most of us have to “fake it til we make it” with the immediate love of an adopted child. As one lady eloquently put it “the kill-a-bear-for-you love does come, it just comes later”. She wasn’t lying. If you’re spending your first terrifying few months as an adoptive mum feeling guilty for not feeling the big love already – give yourself a break. Trust the process. It will come.

READ NEXT: Adopting a Toddler