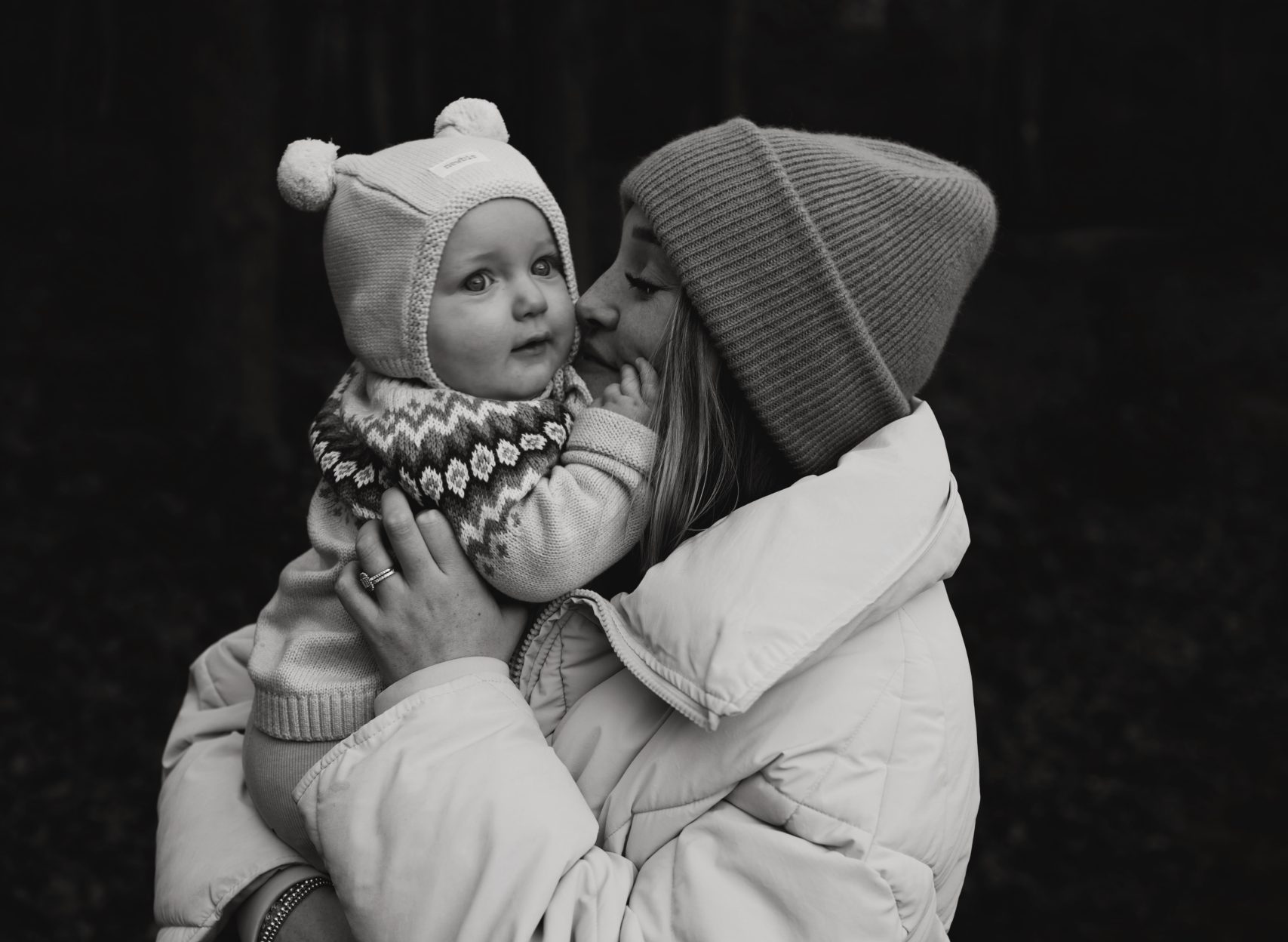 I Hate The Day My Son Was Born: My Birth Trauma PTSD Diagnosis

Birth trauma is a birth experience that was highly distressing for the mother, leaving her feeling traumatised. Around 3-4% of women will go on to be diagnosed with birth trauma PTSD. There are many reasons that a birth can be traumatic and there’s no set criteria: only you know if the experience was traumatising for you. Equally, many births that don’t go ‘to plan’ are still positive, or at least don’t feel particularly traumatising.

Beth explores her own birth trauma PTSD diagnosis following a traumatic induction and NICU stay. Whilst this post doesn’t go into the particulars of the birth nor her son’s critical condition, it may be worth avoiding if you’re currently pregnant.

I was never worried about birth. Pregnancy I feared. After two miscarriages I was thrilled but mainly terrified. I spent the first trimester torturing myself over a lack of symptoms (read about that here) and riding the emotional rollercoaster that is pregnancy after loss (and that, here).

Birth? I had it. I put in the prep including a one-one Hypnobirthing course with The Bloomme Experience, who I still can’t recommend enough. I even called Claire in labour when I needed a calming voice in my ear. I did it all – practiced the breathing, listened to the tracks, read the books, educated myself as much as I could on physiological birth and the ways our maternity system tends to undermine that, and wrote a plan. And a version B, C, D, E, F….

I was not naive about birth. I knew that intervention was likely, having experienced repeat reduced movement from 23 weeks, an antenatal stay at 32 weeks and regular scans for a baby who’s growth seemed to be worryingly plateauing. I read up on induction, I read up on c-sections. I believe I went into the maternity unit knowing more about birth than average. I did everything right, so how did it go so wrong?

This is not a birth story. For context, I went for a 36 week scan and was sent straight to triage when the sonographer realised that the baby was not receiving adequate cord blood flow. Essentially, my placenta was failing. Baby needed to be born and I was given the choice: induction or c-section but pushed with the words ‘vaginal is always better’. I will always regret not making the other choice but have found some semblance of peace in knowing that I did what I thought was best at the time.

The experience was physically and emotionally incredibly distressing and as I lay in recovery on a transitional care ward with my newborn elsewhere in the hospital in Neonatal Intensive Care (NICU) the only thought I could process was ‘I am traumatised‘. I felt really let down by my doctors, violated and betrayed. It’s only since beginning to process the experience via EMDR therapy for birth trauma PTSD that I realise how much blame and shame I carry too. A sense of failure permeated: I failed to grow him adequately, I failed to birth him calmly, I failed him because at a few hours old he lay in the NICU, subject to invasive treatment, whilst I lay down the corridor hating every second of his birth day.

I think that’s the hardest thing about my birth trauma: I hate the day my son was born. What should’ve been the happiest day of my life was the scariest. I do not remember large chunks of it: I cannot remember him actually being born, the cord being cut, nor the sensation of him on my chest. I don’t even remember what he looked like. I’ve since learnt this is a classic birth trauma PTSD coping mechanism. Rather than vivid flashbacks, my brain self-preserves through sheer avoidance.

This is probably why it took me a while to recognise I needed help. There’s no timeline on birth trauma; some have this realisation within weeks, others years. Sometimes it will resolve on its own. An unexpected storyline on a Netflix show prompted me to start researching birth trauma and eventually ring my GP. A scene which was probably inconsequential to most left my husband and I reeling. He was, of course, there too and it’s important to note that birth partners (and midwives) can also experience birth trauma.

That night we lay in bed and talked about it for the first time in almost eight months. Not the birth itself, but the impact it had. He told me about the changes he’d seen in me, some of which I was aware of and others I’d been quite ignorant to, or at least not associated with what I now know to be PTSD. A month later, I called the GP and a few weeks after that I cried in her office. It was weird because if you’d asked me, I would’ve said I was ‘fine’.

I clearly met the diagnostic criteria. Vivid intrusive thoughts, emotional avoidance, hyper-vigilance and rage were things I had just accepted as part of my life. PTSD can mean that you react to stressful situations as though you’re under threat. Things that would’ve ordinarily been a mild inconvenience felt like the end of the world. For example, I was in Sainsbury’s buying Prosecco and the card reader glitched. I felt disproportionately angry. I wanted to smash the bottle against the self-checkout and scream. I didn’t. But that’s a common PTSD response too; pushing down and internalising rage.

Several times a day I would believe, matter of factly, that my baby was dead. I’d watch the monitor as he slept and decide that he probably wouldn’t wake up again. I’d lift the shade on his pram and prepare myself to find him lifeless. It was and is – because it still happens sometimes, but thanks to therapy I’m able to rationalise the thoughts now – very disturbing. Not least because I didn’t always feel totally distressed by those thoughts but rather as though I’d accepted our cruel fate. We’ve had a few instances where he’s been readmitted to hospital, most recently via ambulance. I was extremely calm and again, it was my lack of emotional response that disturbed me most.

I find reminders of birth and pregnancy difficult. I fast-forward TV shows and have complicated feelings toward pregnancy and especially birth announcements. Whilst I would never wish birth trauma or NICU on anyone, I feel jealous of those snuggly ‘new baby on the postnatal ward’ photos. I’m even envious of the ‘night two cluster feeding hell‘ complaints; I wouldn’t know.

It took a while to access support. After an initial diagnosis from my GP I had two telephone assessments with an NHS mental health service and then had to wait to see a psychologist in person. In theory, postnatal patients are seen quicker but in my over-subscribed London borough it still took three months to get an appointment. I saw a consultant psychologist and she confirmed the birth trauma PTSD diagnosis and, brilliantly, validated and qualified everything I was feeling. I was relieved; I wasn’t just crazy, or cold, or angry…or a bad wife and mum.

Since, I’ve been seeing her weekly for EMDR therapy. It involves reliving snapshot moments of trauma in vivid clarity whilst moving your eyes. The idea is that you let your brain go where it wants to to process and desensitise the traumatic memories. I really don’t understand how it works, but it does. You don’t need to be diagnosed with PTSD to benefit from EMDR. It follows the logic that traumatic memories are not filed correctly in the brain so they stay trapped (this is my very unscientific understanding) in the short-term and therefore don’t lessen in intensity with time until processed.

We spent two hours going over one single second of the most traumatic memory. A moment where I genuinely believed my three-hour-old baby to be dead. Two hours is a really long time to have to relive something so distressing but feels nothing in the context of a year of having that belief trapped in my brain. From that perspective, I’m a bit in awe of EMDR and really thankful to have accessed it on the NHS.

I’m still in therapy for birth trauma PTSD and there’s a way to go but the fact that I can write this is a huge step. Some of my thoughts have turned to what next? I know I eventually want more children but I don’t currently have faith in birth or maternity care. I’m really scared of what might happen if I was to be pregnant again. Thankfully, I do have faith in therapy and now have some suggestions as to how I can explore these ‘what ifs?‘ from a clinical perspective if I choose to.

It took almost four months to tell anyone bar my husband about the diagnosis, so sharing it with the internet feels very vulnerable. But birth trauma is lonely. It’s isolating, guilt-inducing and prompts lots of ugly feelings. Anyone suffering needs to know that help is there when you’re ready.

If you made it this far, thank you so much for reading. Can I politely ask that any messages on this topic don’t include details of birth, either positive or traumatic please.