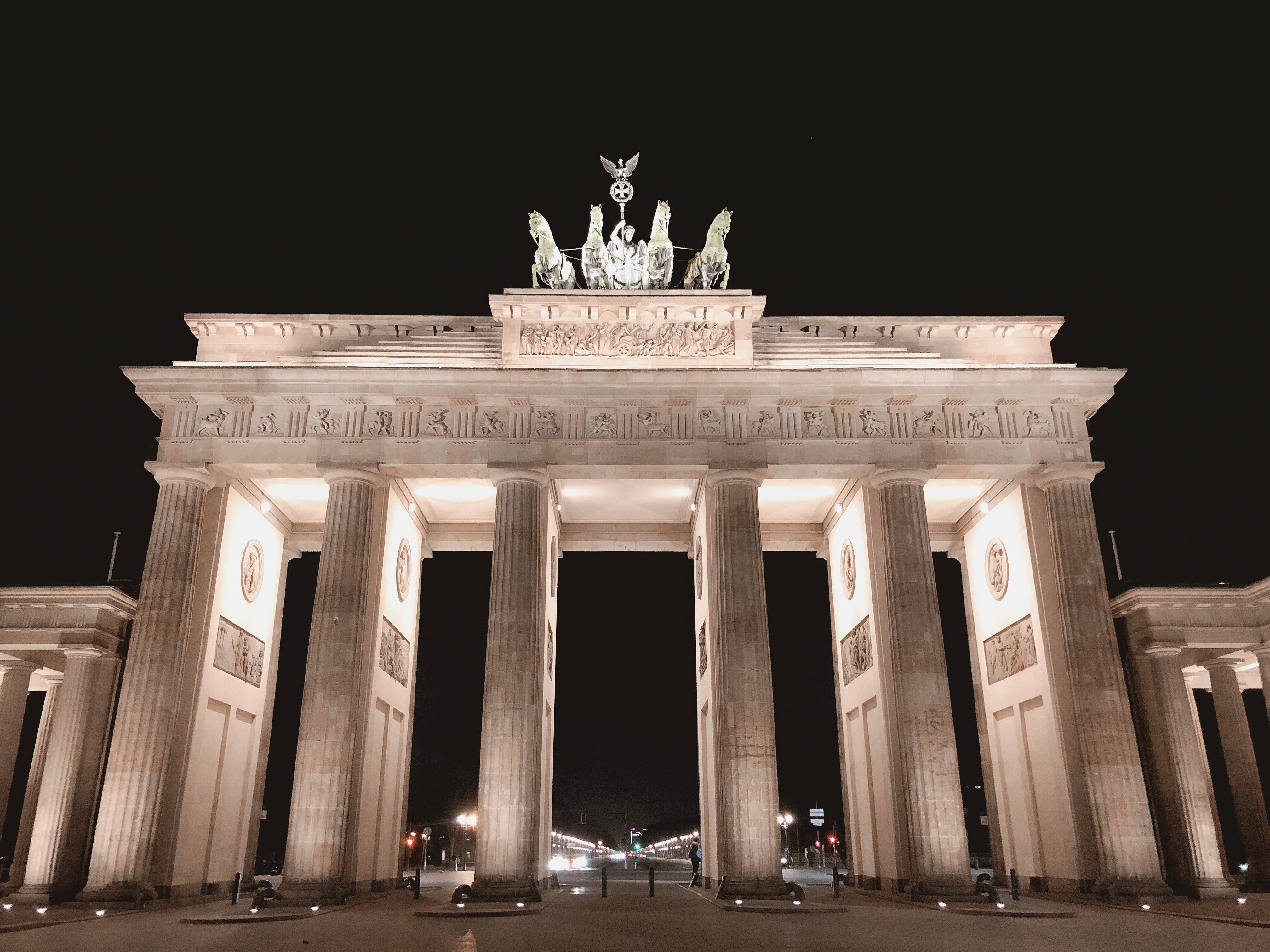 Last month  Chelsea and I set a 5am alarm and donned our thermals ready to fly to Berlin for a weekend of culture, cocktails and some much needed R&R. The city is renowned for its history and its nightlife and thus we drank Steins and wandered in search of the remnants of the Wall. It always seems somewhat ironic to me that Berlin’s biggest tourist attraction is mostly in ruins, but even today the preserved remains stand symbolic of the segregation and of the clashing ideology which led to its construction in 1961. Today, the city is a cosmopolitan hubbub teaming with creativity and culture where glamour meets grit and both hipsters and history buffs explore side by side. With hedonistic weekend long parties, reminders of the turbulent trajectory of the 20th century, dedicated museums and sprawling greenery side by side, the city really does offer something for everyone.

Visiting in early January meant -2 degrees Celsius, thermal leggings and the ability to see your breath all day long. Whilst Berlin has a lot to offer all year round, I would recommend visiting in the summer to truly take advantage of all the sights, open spaces, rivers, lakes and parties. There’s a lot to see in Berlin, and the vast majority of that is outside so whilst you can take in the wonders of the East Side Gallery in the bleak winter, it’s probably far more enjoyable when you can actually feel your toes too. 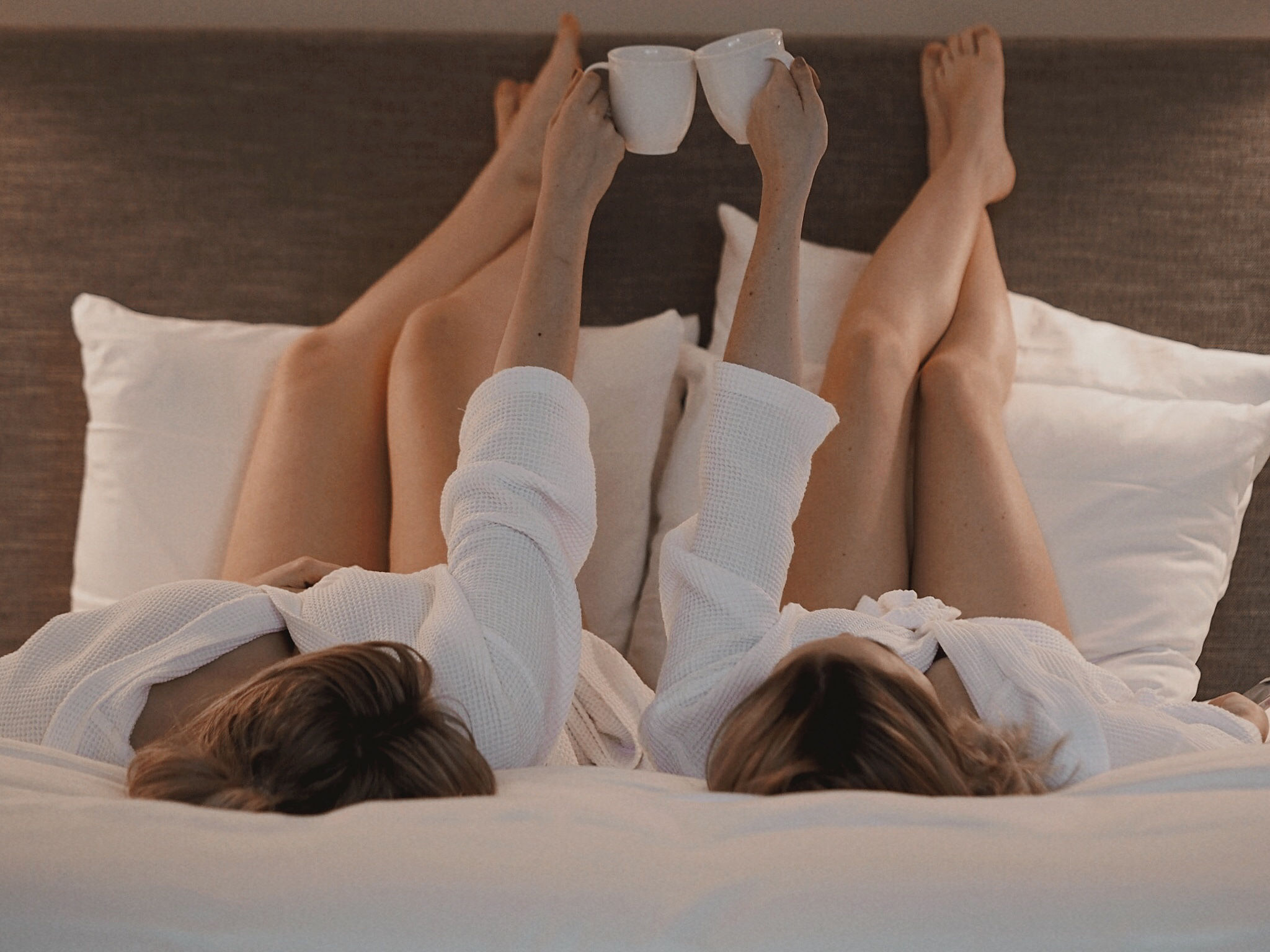 Where to Stay: The Mandala Hotel

We were fortunate enough to spend a glorious three nights in a suite at The Mandala Hotel on Potsdamer Platz, just a stone’s throw from some of the most famous landmarks including the Brandenburg Gate, The Reichstag Building, Checkpoint Charlie the Holocaust Memorial and the Topography of Terror Museum. From refreshing flannels on arrival at the check in desk to considered touches like a pillow menu and locally sourced vegan toiletries in each room; they truly have thought of everything. The hotel is undeniably decadent and yet it maintains a sense of homeliness. The rooms are minimalist and contemporary without feeling clinical or impersonal and even the most basic of options features ample storage and hanging space and a well-equipped kitchenette with a fridge and a hob. Throughout the hotel there is a noticeable focus on German design from the mattresses to the 100% cotton bed linen and the aforementioned Berlin bio-vegan cosmetics. 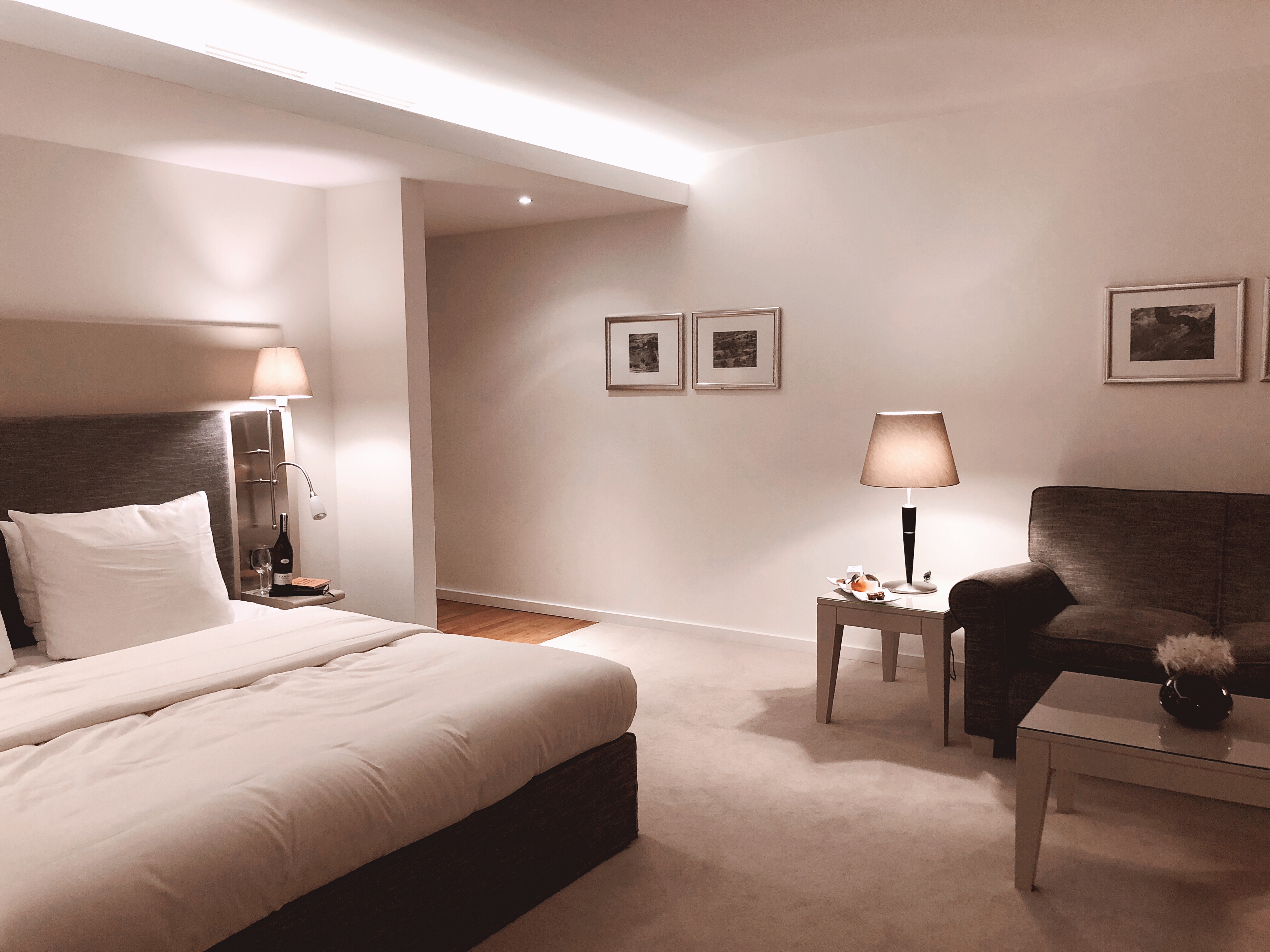 Privately operated by Lutz Hesse and Christian Andresen, the Mandala benefits from having owners who are equally as invested in the role of General Manager too. It is obvious from the attention to detail and the personable feel that they are well and truly in touch with each and every element of the hotel; the comfort and wellness of guests at the heart of each decision.

Our Executive Suite, at 60m2, was larger than most one bedroom London flats. It benefitted from a real sense of flow from area to area, despite only the bathroom featuring internal walls. Two large closets with a generous number of coat hangers (always my hotel bug bear!) provided plenty of room to quickly unpack and feel at home and we were very pleasantly surprised with the kitchen area that was thoughtfully equipped with everything from wine glasses to a bread board. Before embarking on our trip we assumed that we would be out every night but the hotel is not somewhere one wishes to leave in a hurry and thus we enjoyed German brie, bread and wine from the comfort of our room after a long days travels. 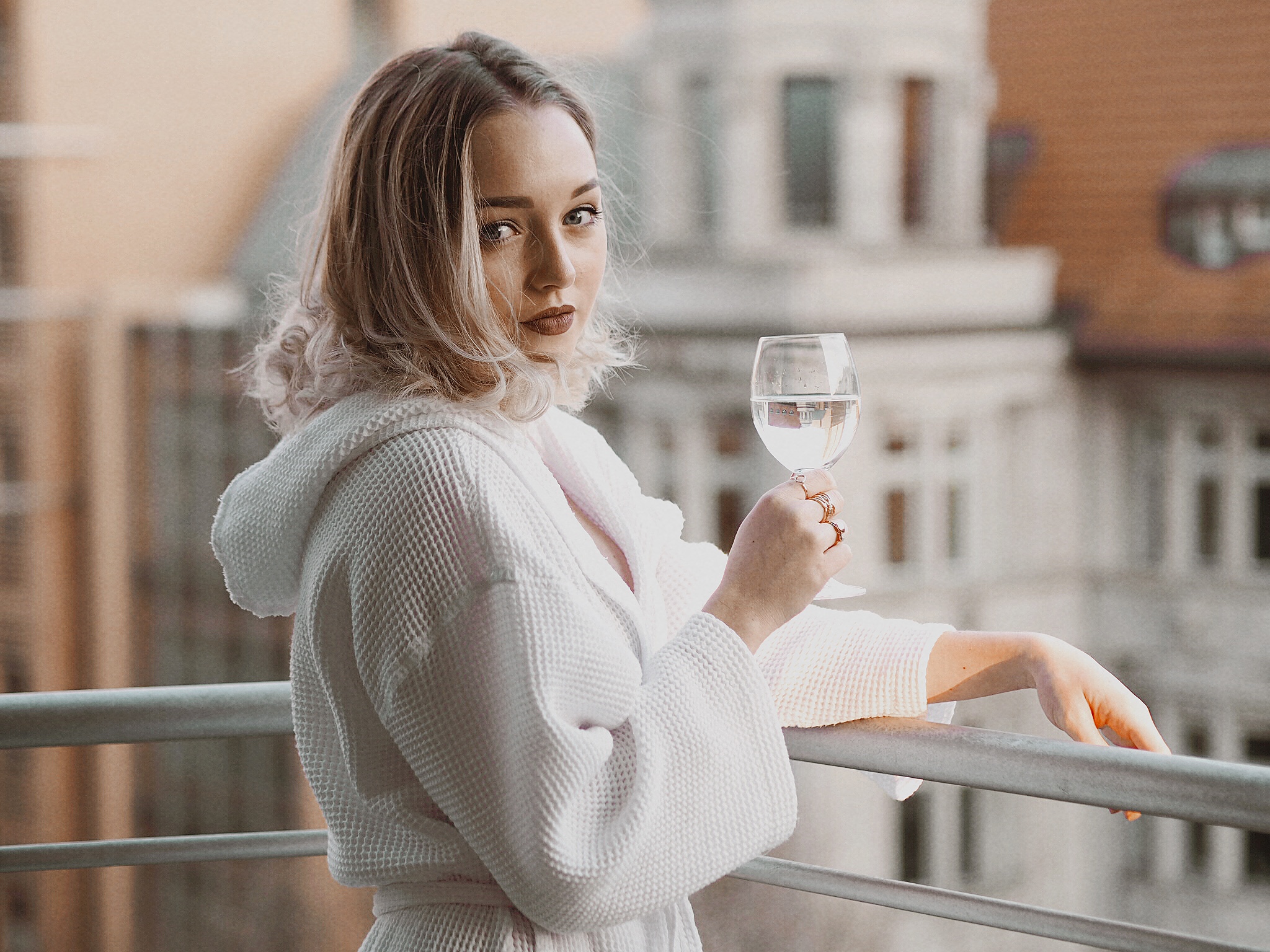 A comfy lounge area and a desk offered ample space to work or relax, but for a bath time addict like me the star of the show was the huge tub. There’s no better way to unwind at the end of a busy day out in the cold than with a hot soak and a glass of Reisling before stepping into a fluffy white hotel robe. Or is there? It’s no surprise that the facilities at the Mandala are equally as second to none and the ONO Spa is no exception. I experienced the ultimate full body relaxation and invigoration all in one during an iLife SOMM treatment; magnetic-resonance is teamed with vibrations of varying depth, sound and music on a motorized bed to regenerate the body. I’d love to describe it in detail but I was asleep within minutes; my mind totally at ease. On the Sunday morning we made our way back up to ONO for hot stone massages before relaxing on warm loungers with fresh ginger tea overlooking the rooftops of Berlin from the ninth floor. 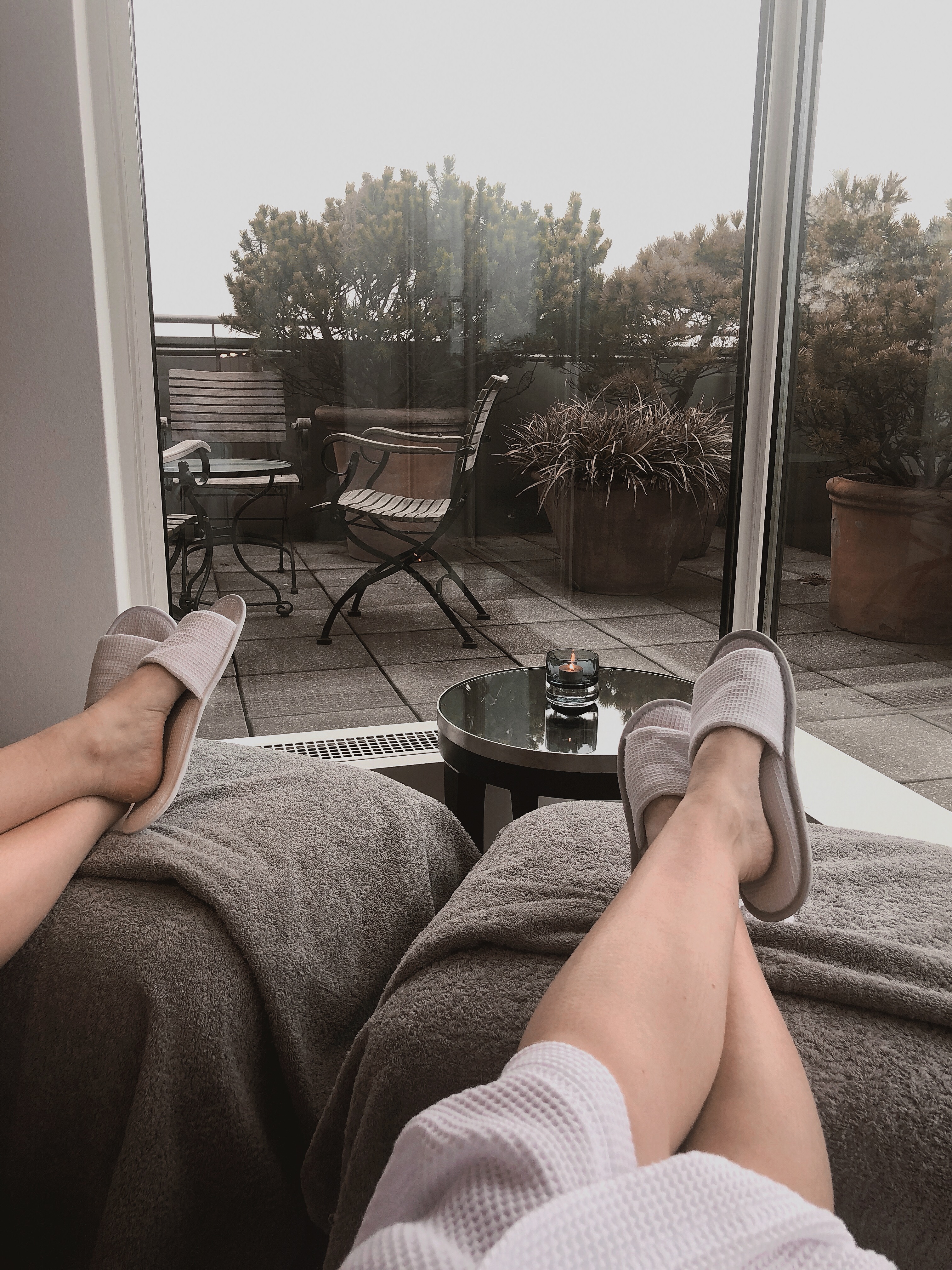 Breakfast at The Mandala probably deserves an entire post all of its own. The array of breads, pastries, continental meats and cheeses and fresh fruit, yogurt and granola, alongside multiple juice and infused water options and bottles of Veuve Cliquot seemed in itself to be quite the spread. That is until we asked our kind waiter – whom we saw consistently throughout our stay around the hotel, and whom never forgot our names – for the cooked menu and were simply told: “the kitchen will make whatever you want.” I’m still dreaming about those bacon and eggs. Unfortunately the renowned two Michelin star FACIL restaurant was closed for a two week break during our visit, but we did enjoy lunch in the stylish QIU Bar. The Business Lunch is particularly good value and the cocktail list extensive. 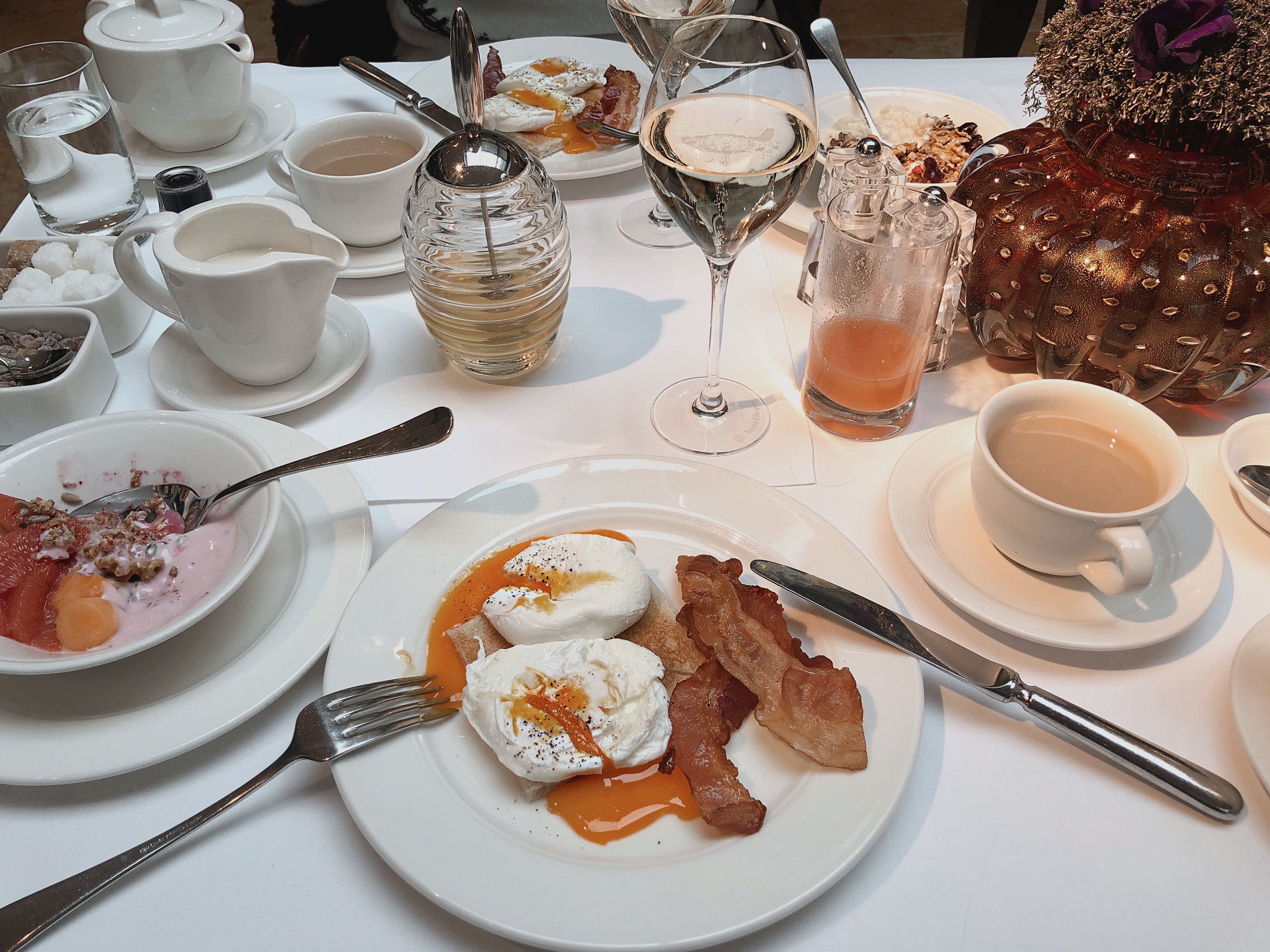 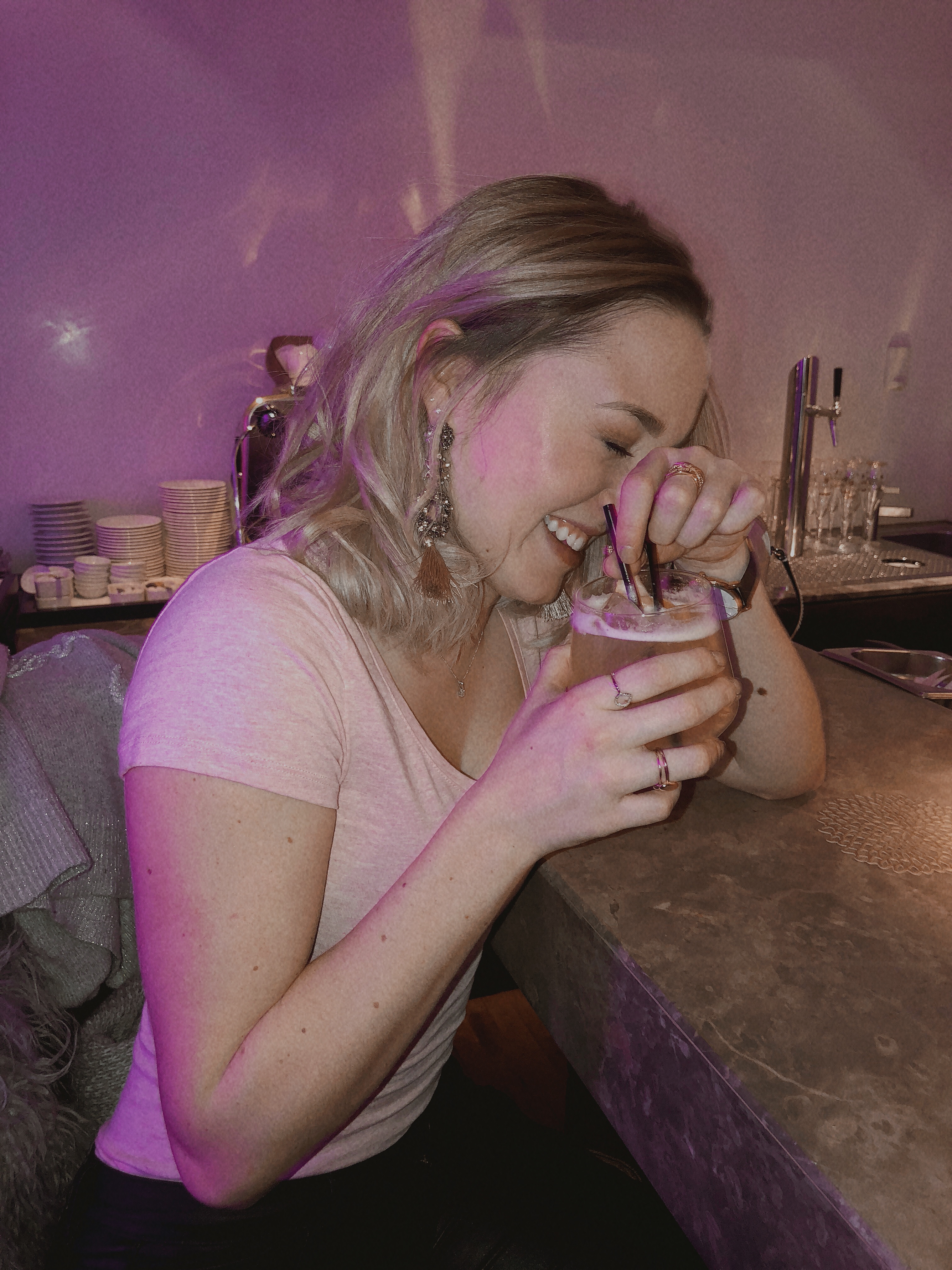 Rooms start from 170 euro per night making it a far more affordable 5* stay with fantastic size to price ratio than many of the alternatives of the same caliber both in Berlin and worldwide. If you’re looking for serenity within the heart of the hustle and bustle then the Mandala Hotel is the perfect home from home. 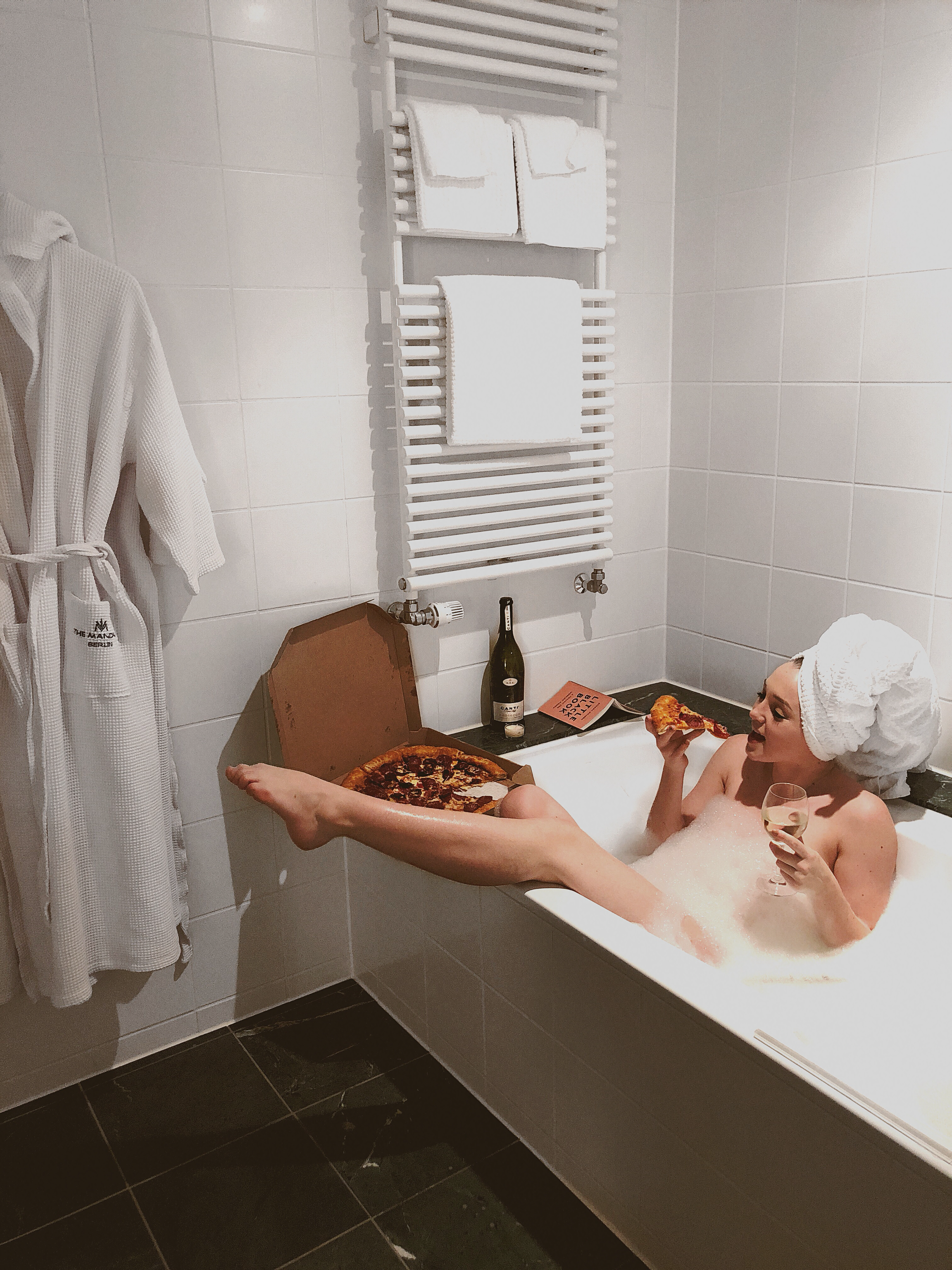 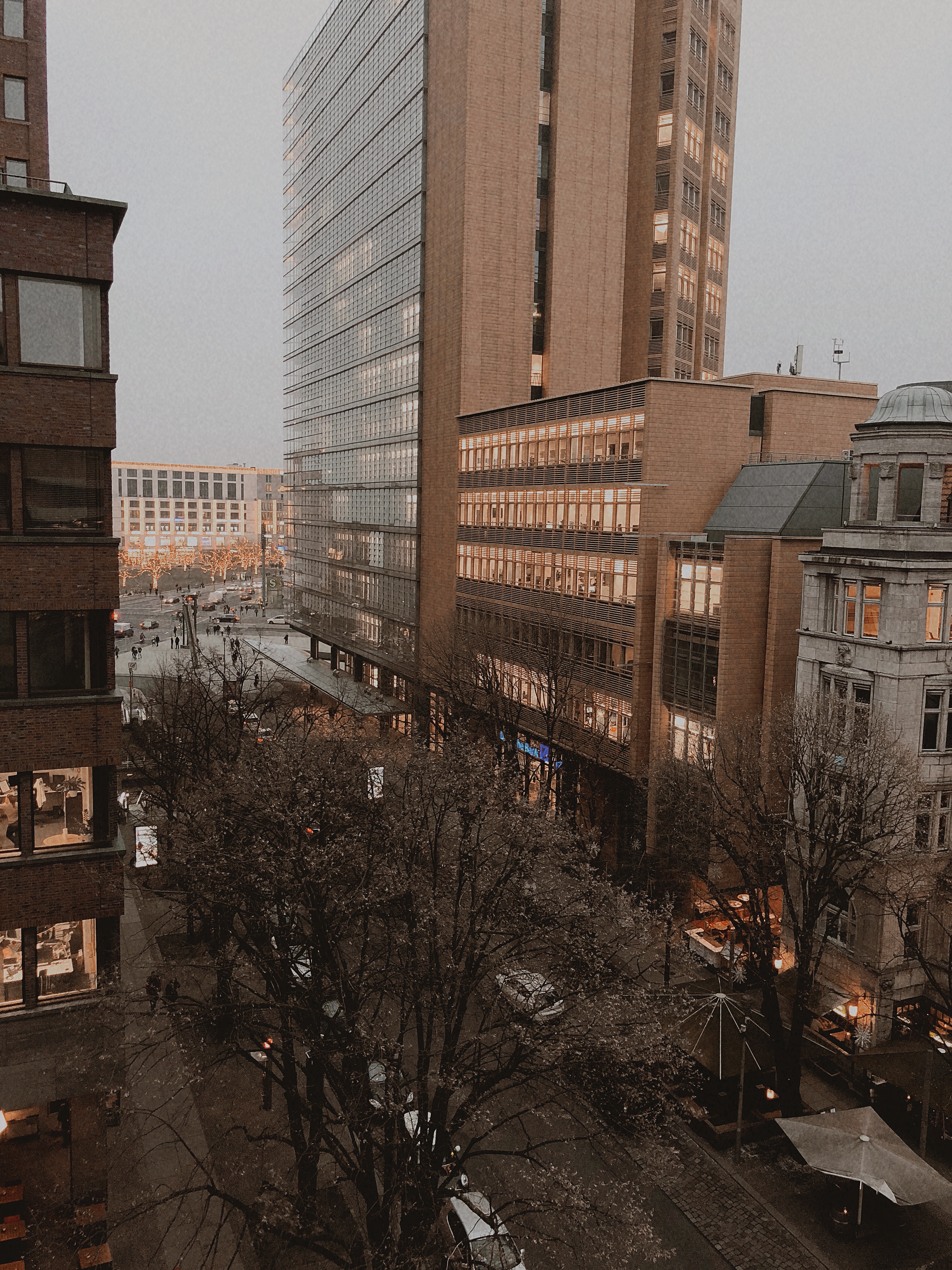 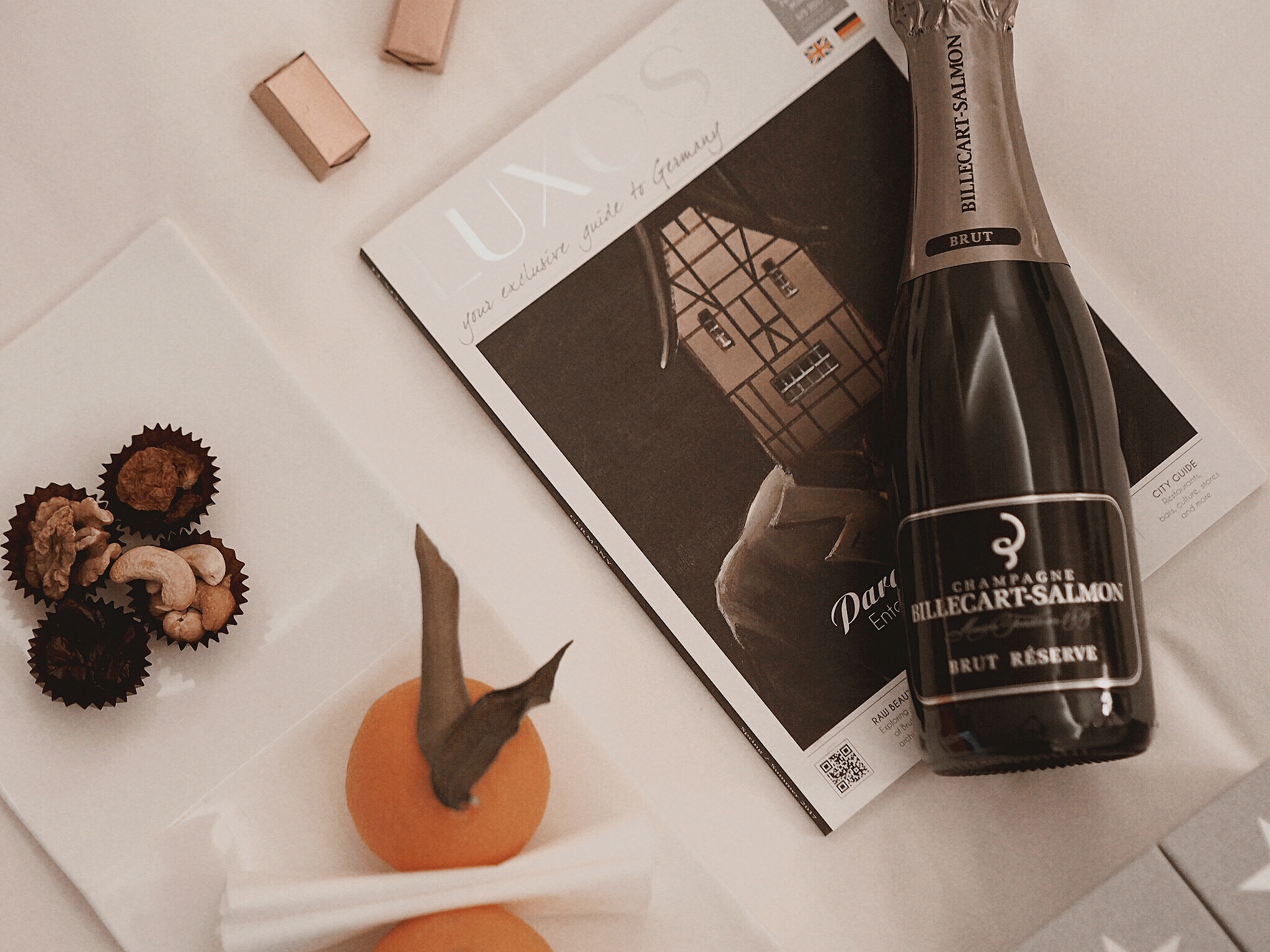 There’s a lot to do in Berlin and most of it is outdoors which is why I think the general consensus is that Spring/Summer is the best time to go. However, even when the weather is frosty outside there’s still plenty to explore including a wealth of free museums and historical sights. These were our favourites:

The Brandenburg Gate is an 18th Century neoclassical monument (hi wikipedia) and is one of the most famous landmarks in not just Berlin, but all of Germany. During the day it can get very crowded and you’ll probably struggle to take a snap that doesn’t featured 184 other tourists, but thankfully at night time it’s both considerably quieter and arguably far more beautiful lit up against the dark sky.

The Reichstag building is home to Germany’s parliament and features a stunning glass dome that was an addition just before the millennium. 360 degree views of the city are guided by an incredibly clever automatic audio tour, which explains the city skyline and it’s most important landmarks as you wander up and back down the dome. There is also a wealth of photographs demonstrating the rich history of the building as home to the Bundestag as well as it’s use during the Nazi regime.

Visiting is free but you do have to book ahead and take photo ID with you. You can visit as late at 9pm; we went in the dark and it was fantastic to see the city all lit up but if I went again I’d go during day light (on a clear day) so that it’s easier to identify the monuments!

The Topography of Terror is a free museum which pays homage to the horrors of the Nazi regime and the impacts of the Cold War. Situated on the original site of one of the SS headquarters, the newly remodelled museum stands just steps from one of the larger remaining portions of the Wall and features some of the original cells and torture chambers. There’s lots of reading involved but it’s well worth it; wear comfy shoes and allow a few hours to properly immerse yourself. 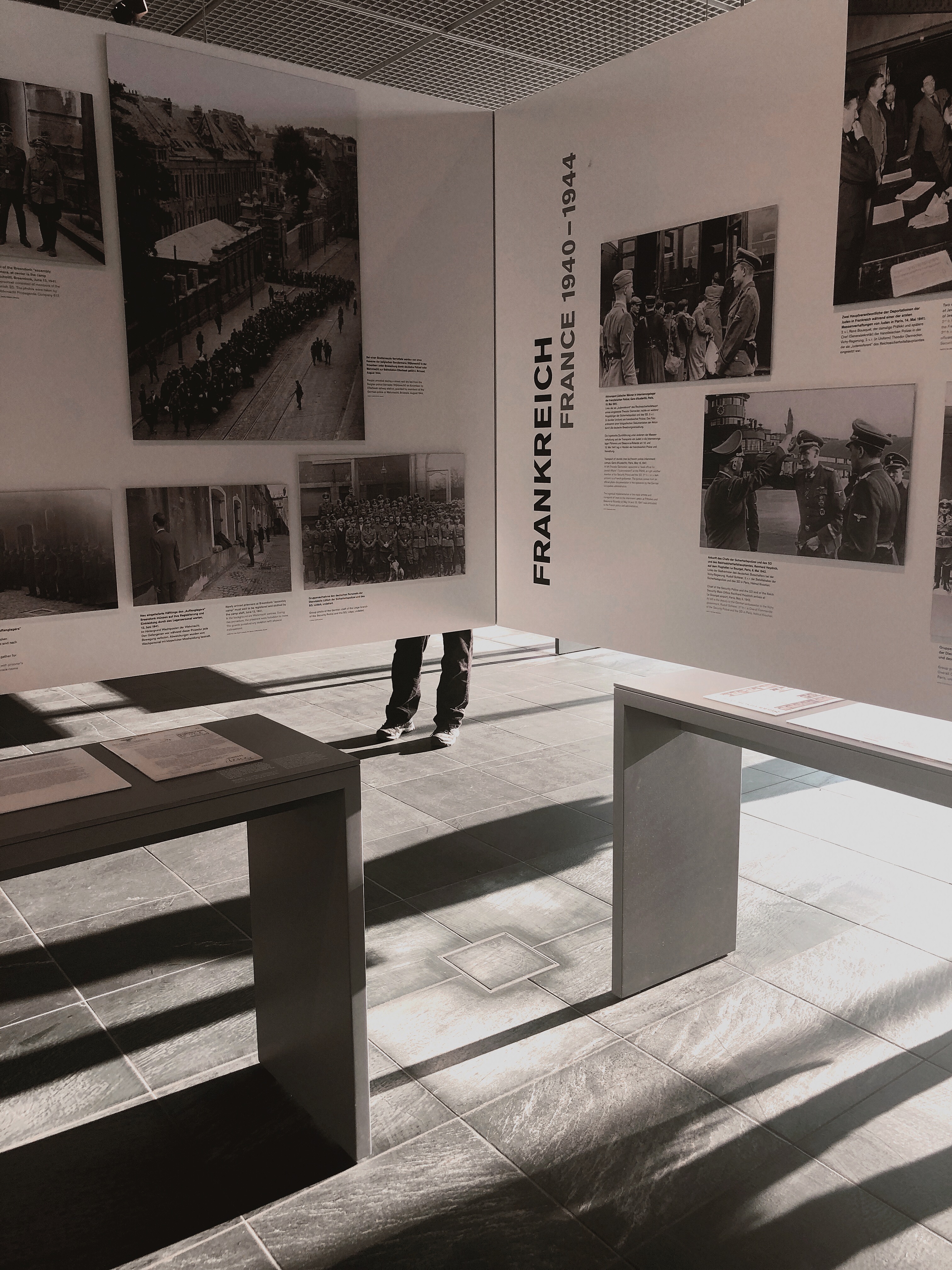 The East Side Gallery is the largest remaining stretch of the wall and has become an international memorial for freedom. Remnants of what was once a mark of division and terror now features over a hundred works of street art by artists from all over the world. It’s open air so a little testing in the winter but this symbol of change and of hope for a better world and freer people is well worth a wander, whether you’re an art lover or not. 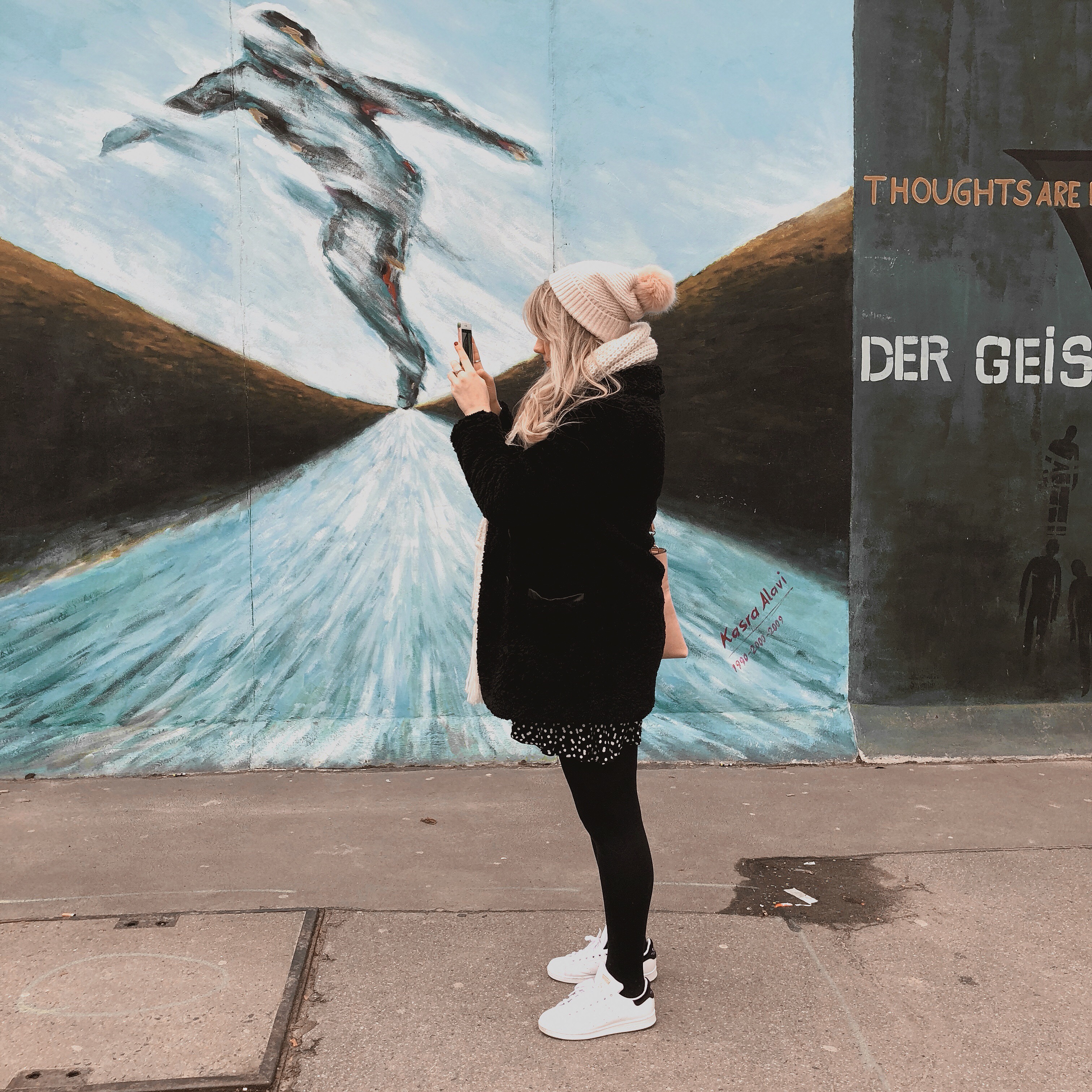 Named the Memorial to the Murdered Jews of Europe, this 5 acre open air site features almost 3000 concrete slabs placed in a grid formation up and down slopes which visitors are encouraged to walk around. It’s a sombre but meaningful place with a free museum beneath to further education and remembrance.

A quick word: unfortunately, not all visitors seem to grasp the serious nature of the memorial or the heinous reason it’s there and are often seen taking selfies, running around or climbing on the slabs. Please visit, but please remember what it symbolises. 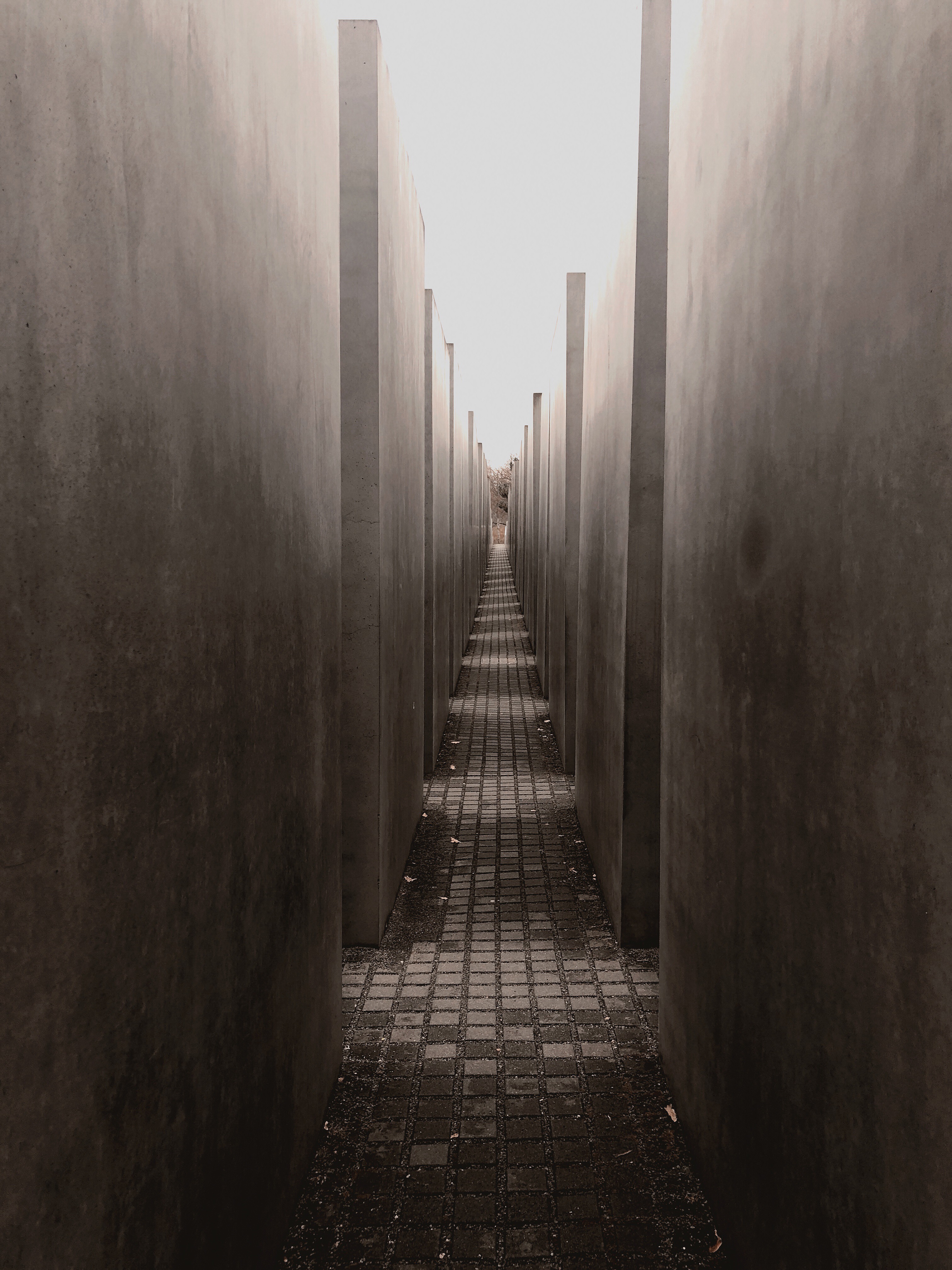 Touristy, gimmicky but OH so fun, the Hofbräu House is the ultimate place to order a stein of beer and a wurst and spend the afternoon surrounded by merriment in a mock traditional Bavarian beer hall. Not technically native to Berlin and not somewhere I could imagine the locals frequenting, but oh my goodness do I promise you’ll have a great time! 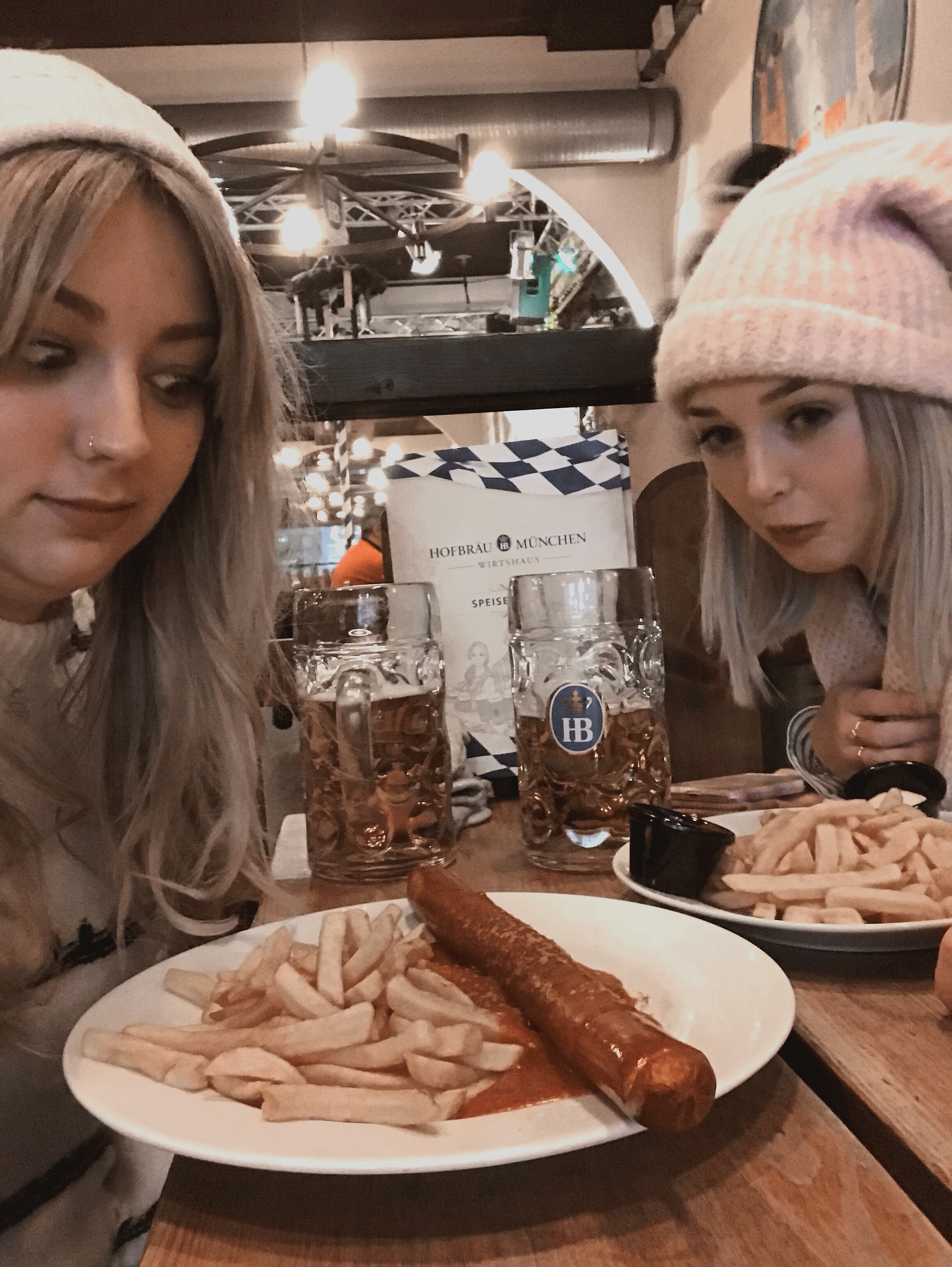 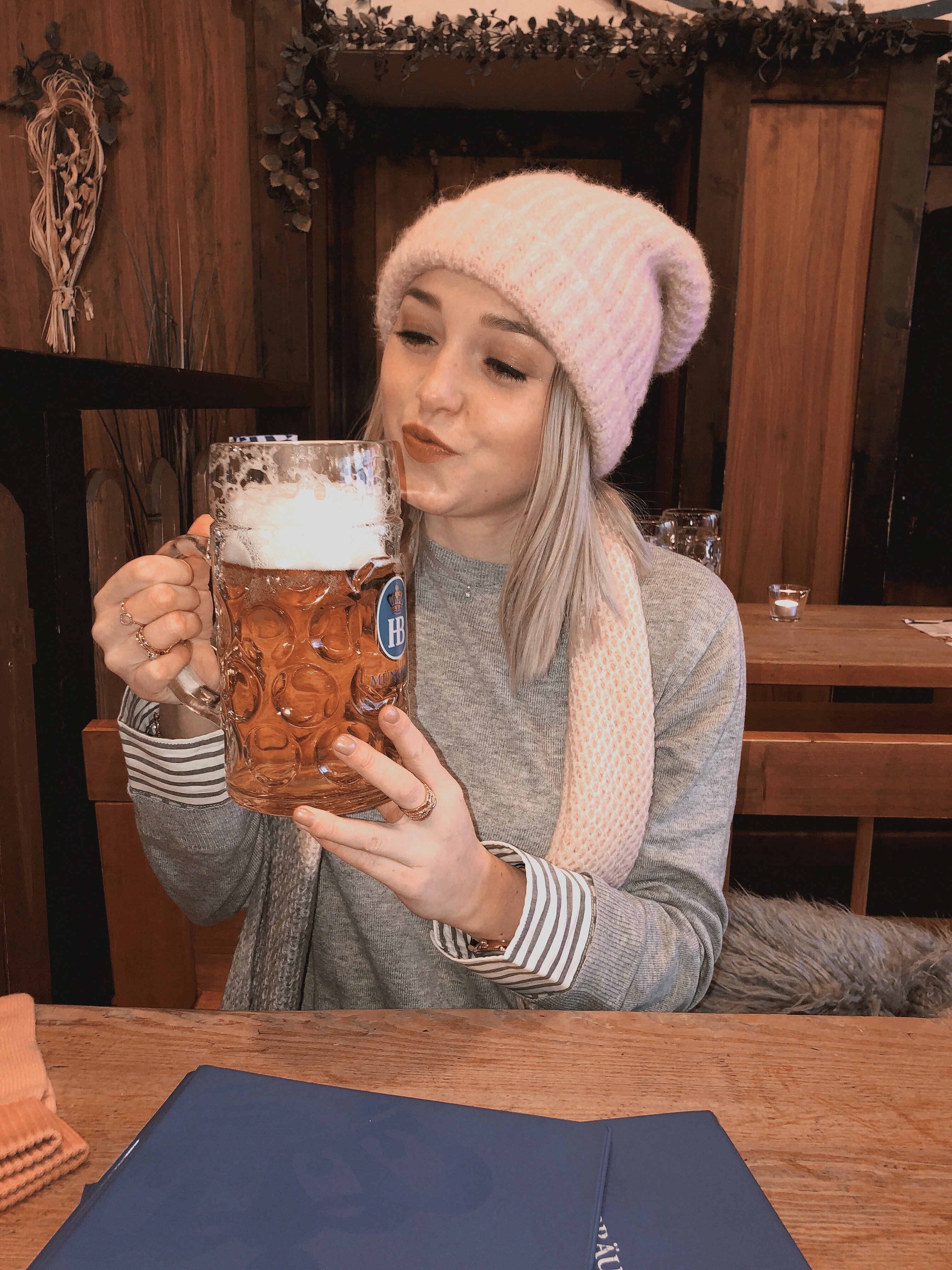