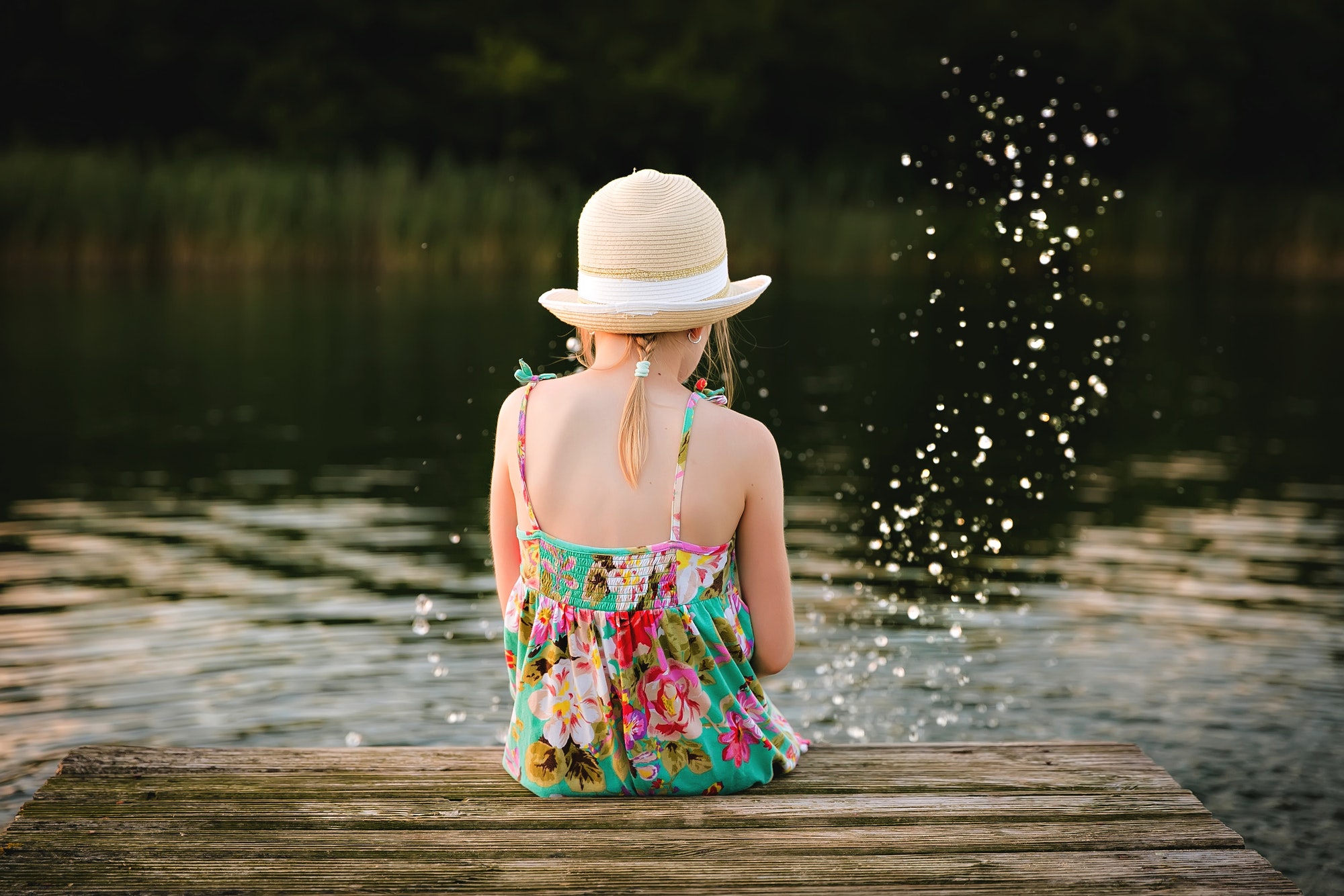 My Daughter Has Autism: Why it’s so Hard to Diagnose in Girls

When Katie’s seven year old daughter was diagnosed with autism, she was shocked. Here she helps to raise awareness about how autism in girls often hides in plain sight – the signs are not what you might associate with ASD.

What do you think of when you hear the word autism? Before becoming a mother, I had experience of working with children with autism as a social worker. I believed autism indicators to be: sensory issues, poor eye contact, delayed speech and a lack of empathy. In fact, if you Google ‘signs of autism’, this is likely what will come up. I also knew it was more common in males. In reality, autism in girls is often undiagnosed as professionals look for the male traits of autism. Until I had my daughter, I had no idea that autism in girls can look completely different to what we think of, when we think of an autistic child or adult.

When I was pregnant with my first child I developed severe pre-eclampsia, a life threatening condition for mum and child caused by pregnancy. They monitored me in hospital to try and get me as close to full term as possible to give my baby the best chance of survival. I got to 36 weeks but during the induction my daughter went into distress and had to be born via emergency c-section. She weighed only 3 ½ lbs and had to spend a month in SCBU. Despite her difficult start to life, she thrived. Not only did she meet her developmental milestones, she was advanced. She crawled early, walked early and talked very early. She was pure sunshine in human form. She chatted to everyone, a smiley bubbly ball of energy. She was also incredible at problem solving. I remember watching her aged 9 months trying to reach a stack of coasters on a side table. She couldn’t quite reach, so crawled over to her teddy, pulled it over to the table and stood on it to reach the coasters. She succeeded!

When she went to school, we were told she struggled to sit still and concentrate. Being an August baby, this was put down to her being the youngest in the class. However things didn’t improve. By Year 2, my child was on a behaviour chart. They told me she wouldn’t listen, refused to follow instructions and deliberately did her own thing. When I spoke to her about this at home she had no idea what she was doing wrong. I therefore asked for an educational psychologist to come and assess her. I was concerned she may have attention deficit disorder (ADD). Luckily for me the educational psychologist had completed training in female autism and concluded my daughter wasn’t being naughty, she was in fact autistic. She advised we obtain a formal diagnosis.

If I’m honest I didn’t believe her. How could my daughter have autism? She didn’t appear to have any sensory issues, made good eye contact, played with other children and had a vast amount of empathy. This is a girl who hysterically cried when watching the Fox and The Hound when the fox was left in the rain by the lady. She was inconsolable. How could this child have Autism? I decided to have her formally assessed, expecting that they would conclude that she had  ADD. I chose the Lorna Wing Foundation as they were one of the most highly recommended assessment units in the country. The diagnosis came back: autistic. They explained to me how autism in girls presents differently; autistic females can better mask their differences to fit in with peers, they’re good at observing and copying normative behaviour and often have advanced speech and empathy skills.

When I told people about my daughter’s diagnosis they would say ‘I don’t see it’, but what they’re missing is that autism presents differently in each individual because we are all individuals. My daughter won’t present the same as a person your cousin knows with autism.

She thinks differently. She wants to know why things are the way they are and how they work. She’s fascinated with genetics and what makes the world the way it is. She notices a beautiful sunrise, doesn’t want to follow the crowd and has confidence in her own ideas. She’s incredibly honest, she cannot tell a lie.  She’s a great problem solver and a very innovative thinker. I could also list the many ways autism makes her life harder, because it does. There’s a lack of understanding and acceptance. Now she is older, she struggles to make friends because she is true to herself and no longer tries to fit in. She’s often misunderstood but importantly, she is now understood by those who love her the most. I dread to think how different life would be if that educational psychologist wasn’t aware of what autism in girls can look like.

Many autustic women are not diagnosed until adulthood, often after a mental health crisis or when they are told about their own child’s autism and relate to the diagnostic criteria. I hope by speaking about this topic, autism in girls will be more widely recognised. I want professionals to help develop earlier diagnosis criteria to give our girls with autism the best chance in life through early support early.