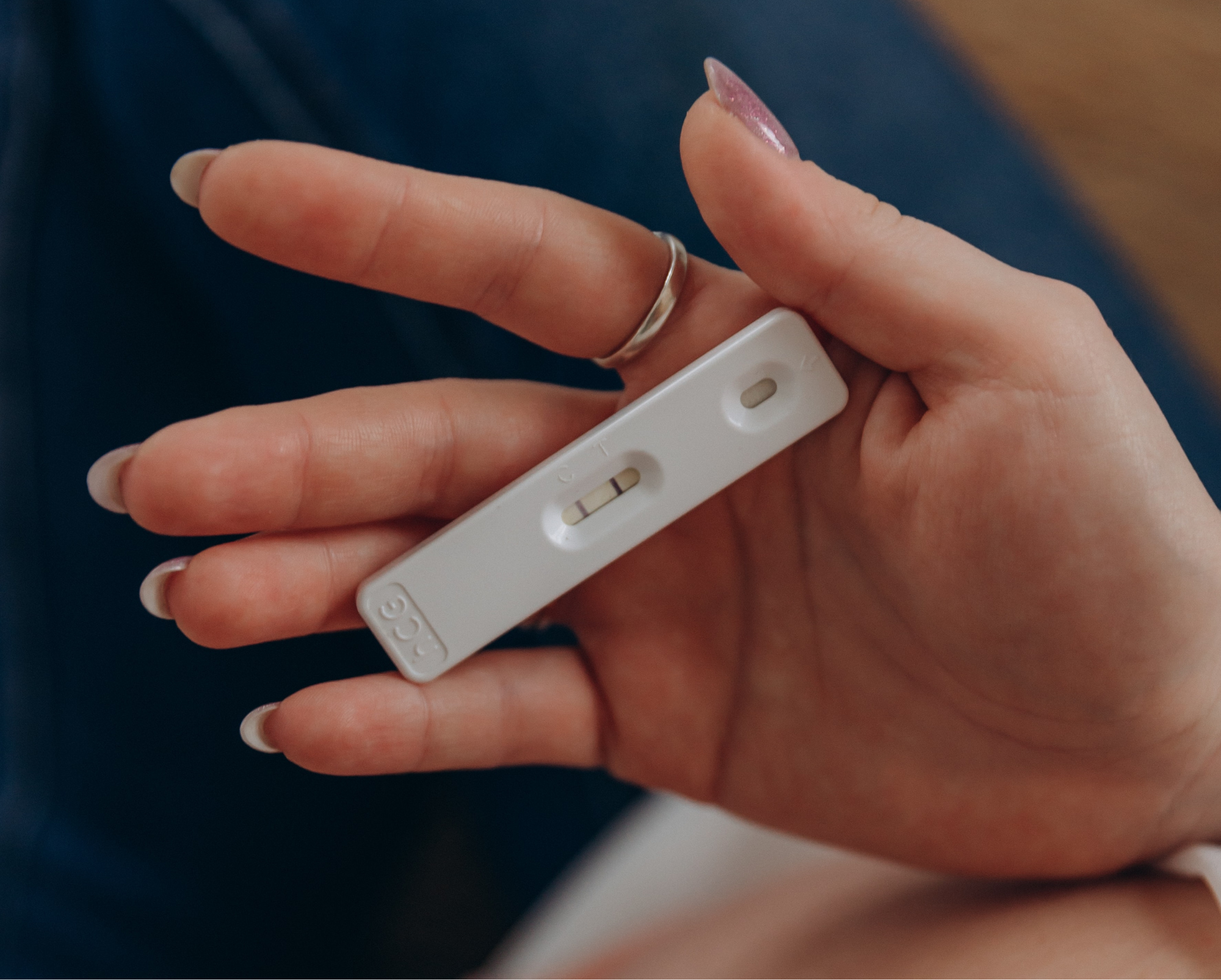 Lydia had just landed a graduate job and moved in with her long-distance boyfriend. A baby wasn’t on the cards yet, so she brushed off symptoms of an ectopic pregnancy for weeks – after all, they hadn’t been trying to conceive. A ruptured fallopian tube and emergency surgery later, she shares her ectopic pregnancy story on Ectopic Pregnancy Awareness Day to help others who may not take this life-threatening complication and type of baby loss seriously.

“Beep, beep, beep.” That sound will always stick with me from the ICU room. I’d just woken up from a general anaesthetic and I knew my fate of becoming a mum was questionable.

It was August 2018 and I had just secured my first job after finishing university. I had moved in with my partner following months of trying to keep a long distance relationship afloat; the atmosphere was bliss and things were going amazingly well. The months passed by and we were enjoying living together as a normal couple.

I was due to start my period any day and I didn’t think much of it when I was late. I came on, and it wasn’t until the bleeding continued for two weeks – abnormal for me – that it felt like a red flag. I pushed my worries aside and went to work, desperate not to miss a day of my new job.

Then I had an incredible pain in my left side. It was the worst pain I have ever felt in my life. I did my best to ignore it and powered through, blaming the continuous bleeding and severe cramps on an unusually bad period. Seventeen days later, I finally went to the GP.

The nurse asked me to do a urine sample to test for infections and pregnancy and carefully examined my abdomen. She looked up, unsure whether to congratulate me or console me, and said in one short breath “you’re pregnant”. We weren’t trying for a baby so it was difficult to process how I should be feeling. With the symptoms I was experiencing, she referred me to the Early Pregnancy Assessment Unit at our local hospital.

Over the next few weeks I had a series of blood tests and an internal scan performed at the EPU. “I am sure it’s nothing to worry about but we do need to rule out an ectopic pregnancy so we will need you to have another scan”. The words ‘ectopic pregnancy’ were thrown in so casually that I didn’t think it could be anything serious. When I got home, I Googled it. My heart sank as a list of symptoms appeared on the screen…and I could tick them all off.

Later that week I went back to the EPU where they performed a second internal scan. I had the same sonographer as my first appointment, however this time she was looking a little more concerned as she confirmed sightings of internal bleeding. She was hoping to locate an embryo, however the lack of this confirmed it was an ectopic pregnancy.

“We’re going to have to send you to a ward where you will be further examined by a doctor and a treatment plan will be drawn up.”

Still oblivious to the severity of the situation, I believed it would be quickly resolved with medication. My case was so severe that my fallopian tube had ruptured; it could only be treated with emergency surgery. This is a life threatening complication, not something small or to be ignored. I felt really naive.

Within four hours I was in theatre. The doctor explained that they may have to remove my ovaries or fallopian tubes and couldn’t say whether the surgery would impact my fertility. It was all incredibly overwhelming to process in such a short amount of time; this pregnancy that I hadn’t planned was threatening my life and my chances of future children.

It took me almost two years to process the feelings I had around my ectopic pregnancy story.

However I am incredibly blessed to now have a healthy one year old baby girl who has brought much happiness and love into our lives.

Symptoms of an ectopic pregnancy

An ectopic pregnancy doesn’t always cause symptoms and may only be detected during a routine pregnancy scan.

If you do have symptoms, they tend to develop between the 4th and 12th week of pregnancy.

Symptoms can include a combination of:

READ NEXT: My Second Suspected Ectopic Pregnancy Ended Up Being My Daughter