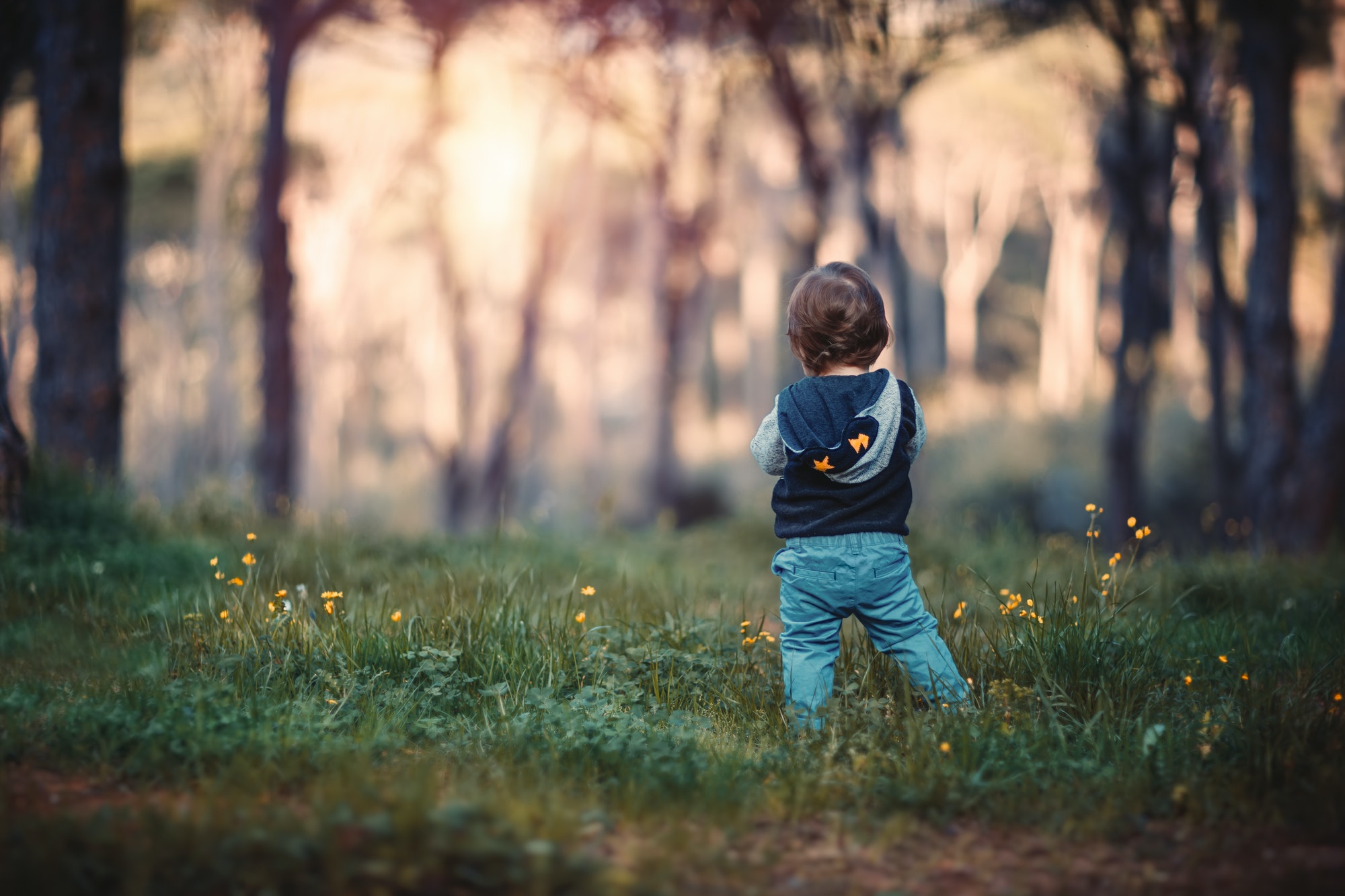 In this post Lily talks candidly about her experiences adopting a toddler, bringing a child home from foster care and forging a new identity as ‘mum’ to a precious little boy. Who really likes the Gruffalo.

Adopting a Toddler: The Gruffalo Child

We smelt our son two weeks before we had even wrapped our arms around him, heard his deep, mischievous giggle or even laid eyes on him, for that matter.  A package arrived in the post and inside was a tiny brown jumper with The Gruffalo stitched to the front. On closer inspection, a long thin orange trickle stained the fabric from the top of Gruffalo’s head to his left foot. Turns out the orange trickle was lunch, pumpkin soup.

The jumper arrived so that our black Labrador, Ned, could get used to the scent of a precious little human hundreds of miles away who would soon be our son. My husband and I had already spent the best part of a year going through the UK’s very rigorous (quite rightly) adoption process and had been painstakingly matched with our then two-year-old. We would be adopting a toddler.

Fast forward a few weeks to night number one of having our son home with us, tucked  ever-so-carefully (as we had no idea what we were doing) into his cot in the bedroom next to ours.  A mobile I made from a tree branch with little birds and notes dangling from the twigs hung above the cot. In retrospect, the shadows it cast were probably the stuff of nightmares, but not on the first night. The first night he slept soundly all the way through until the morning. The house was silent except for Ned’s claws click-clacking on the floorboards as he paced backwards and forwards outside our bedrooms, protective and confused.

Our son’s foster carer, Meg, had done the most wonderful job with him, and with us. Having cared for and, importantly, loved him for most of his life, Meg knew everything there was to know about our son. She spent a week kindly imparting every little detail with us so we, as his parents, would be able to seamlessly pick up exactly where she and her then 12-year old son left off.

It’s an odd thing having a stranger know absolutely everything about your child when you know absolutely nothing about them. Well, apart from two things: he liked The Gruffalo and pumpkin soup.  We learned pretty quickly it didn’t matter how many meticulous notes we took, it’s impossible to be prepared for every scenario.

Understandably, our son had naturally grown used to calling Meg, ‘Mum’.  She was the beautiful, gentle soul who had taught him to walk, speak and ingrained within him his love of ‘old man food’ (we’re talking pies and soup). Our son found it easy to call my husband ‘Daddy’ and did so pretty much from day one. But it was different with me. I wasn’t Meg. He would call me ‘Lily’, ‘Lil’ and occasionally ‘Mummy Lil’. In the playground he would sometimes call me Meg, or ‘Meg-No’.  I felt so out of my depth with this little guy a lot of the time and I’d be lying if I said another tiny shard of my already brittle confidence didn’t break off each time he called me my actual name. For me, it was a totally innocent declaration that I was a bit shit. Like most things in the world, the answer was (and still is), time. Letting our son have his own time to feel comfortable with whatever he decides he’s comfortable with.

Tears would slide down his face when certain nursery rhymes were sung at playgroups.   Scooping him up, we’d make a dash for the door while singing another song loudly to distract him. By that point he was probably crying at my singing but I had succesfully dodged another round of Wind The Bobbin Up..  We still don’t know why certain nursery rhymes were so upsetting to him and neither does Meg. He remembers too, still. Does it worry me? Yes.  It doesn’t matter how much time passes, there’s a chunk of our son’s early history we can’t explain.

Looking back on our journey adopting a toddler, where I think we probably tried too hard was that we were trying too hard!  Thinking that we had to continue to replicate all the little routines and things our son did with Meg to make everything feel familiar, and therefore safe, for him.  Actually, a lot of the time this was confusing and upsetting him.

We eventually figured out that we had to find our own groove together which is surely the same for any family.  ‘One for each hand’ is still our ritual today and maybe my only stroke of genius. Our son is busy, always busy and into everything. I started to give him two apple slices – one for each hand – to occupy him for about one minute.  Meanwhile, I mastered the art of performing 60 second tricks – unloading the washing machine,  replying to an email, making porridge. Today, his negotiation skills surrounding ‘one for each hand’ stretches way beyond apple slices!

Through it all, the only thing I knew without question is that I love that fiery spirit of a kid from the minute a little stained Gruffalo jumper slipped through the letterbox.

Adoption UK is a national charity run by and for adopters.

SUGGESTED: Being A Toddler Mum in My Forties