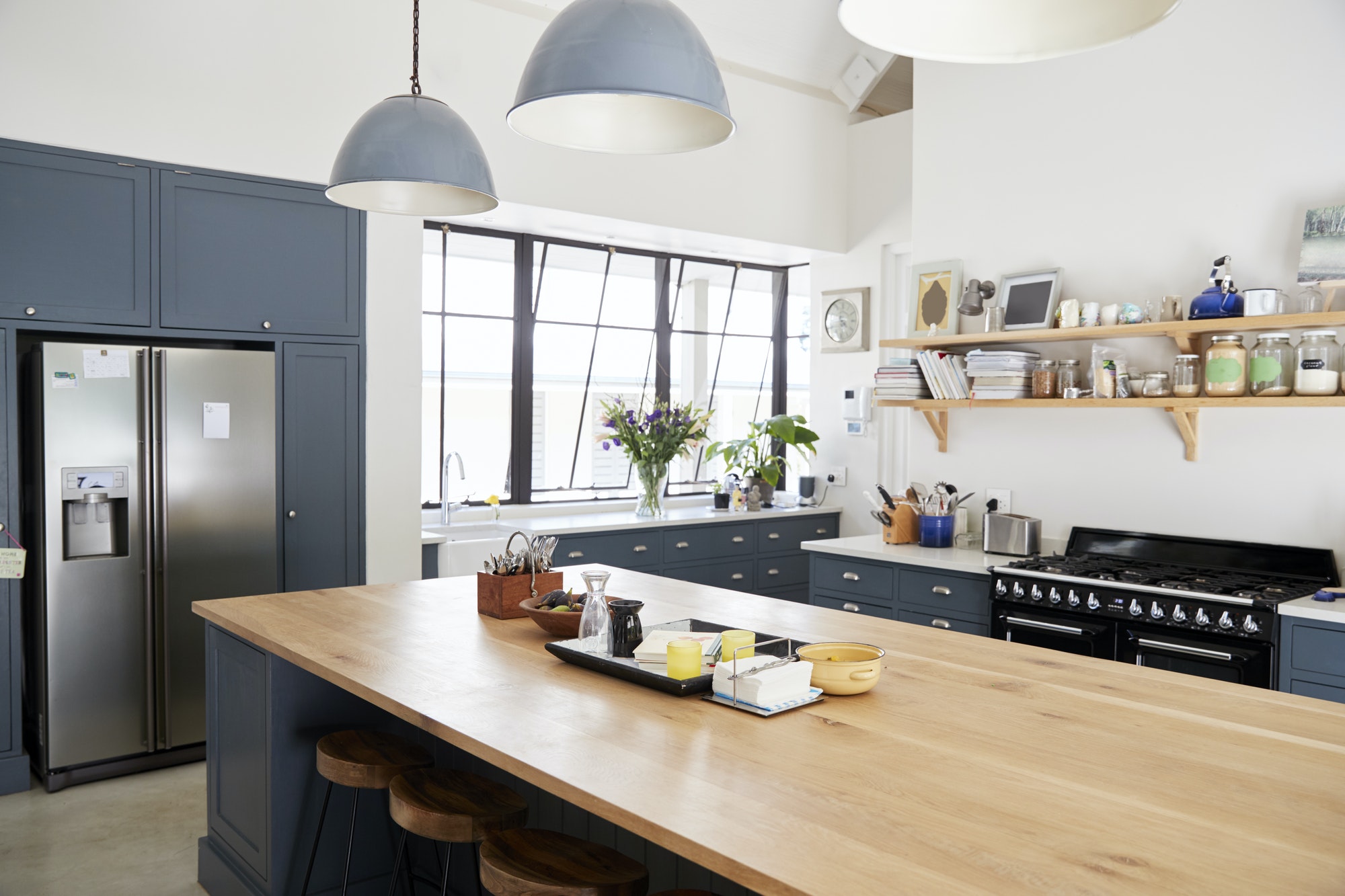 7 Things to Know Before Renovating Your Kitchen

A couple of weeks ago our kitchen renovation finally came to a close! It was a drawn out and at times stressful process, that ultimately cost a lot more in time and money than we had anticipated. As well as the nitty gritty details of what we chose and some juicy before and afters, this blog post details the most important things to know before renovating your kitchen. There are kitchen renovation tips that I wish someone had told me (and in fact, they apply to most renovations!) and things that, in hindsight, we would’ve done differently.

Things to know before renovating your kitchen

One of the biggest things to know before renovating your kitchen is that it might cost a fair bit more than you were prepared for. It’s important to set a budget and be clear which percentage of this is for the materials and appliances, and which is for the labour. You’ll probably find the latter comes in higher than, or at least as high as the former! A great starting point for setting a renovation budget is to get several quotes; it will give you an idea of the going rate of your project. Kitchens themselves come in all sorts of shapes and sizes from budget to a mega splurge, so gage where the styles you like are sitting within the range.

You absolutely must budget to go over budget. I know it sounds crazy, but factoring in a buffer will soften any nasty surprises later down the line. One of the lotteries of renovating is that you don’t quite know what might crop up. We went 28% over budget on unavoidable things, not fancier tastes. We didn’t have a buffer and it stings…

2. Prepare for the unexpected to crop up

…The second most important thing to know before renovating your kitchen: anything can crop up! This ties closely with the first point. In our case, we suddenly needed a steel RSJ that we had been told we could be 99% certain we wouldn’t need – more on that later. This literal spanner in the works added several weeks and several thousand pounds on to our kitchen renovation. The builders also discovered an old, live gas pipe that needed cutting off.

3. Design the layout with a professional

You might think you know exactly what you want from your kitchen, or trust your builder to design the remodel for you. My advice is to speak to several professional kitchen design teams and see what each of them brings to the table, then take the best elements from each. Fresh eyes can never hurt!

Howden’s have a kitchen design team who will create graphic mock ups; we didn’t use them but probably should have done! On the whole we’re happy with the layout of our kitchen, but in hindsight I’d have liked a wider range of creative opinions.

Such a simple thing: bins! We use them daily, and yet one of the major things to know before renovating your kitchen is that most people forget to factor them in. We chose the Howdens Door Mounted Recycling Waste Bin. It takes up a half size unit but features plenty of space for separate waste and recycling, as well as a small shelf above for things like liners and tin foil!

5. Keep the plumbing where it is

Unless you’re doing a complete remodel with a very large budget, it’s almost always more cost effective to keep the plumbing where it is. That doesn’t mean that everything has to stay in the same spot: our washing machine is now the other side of the room. It just means, speak to your team about where the plumbing (and gas!) points are and consider arranging things accordingly.

We opted for the Howdens Lamona Integrated Dishwasher and a Zanussi Integrated Washing Machine – both of which we chose because they’re virtually silent!

6. When it comes to structural changes, prepare for the most expensive scenario

Yikes. Against my better judgement we trusted that we wouldn’t need a steel beam, despite removing an internal wall to make our kitchen and living space open plan. Had the worst case structural scenario been one of the things we’d known before renovating our kitchen, we could’ve at least estimated and prepared for the cost. Instead, we were landed with a panic-inducing phone call, a missing wall, supports holding the ceiling up and a £3000 bill for a retrospective structural engineer, steel and labour. Cry.

7. Choose appliances with longevity and resale in mind

With the exception of our freestanding pink Smeg fridge (my pride and joy!), we bought all our appliances in the knowledge that they won’t be ours forever. We decided to integrate the dishwasher and washing machine for aesthetic value, and chose a high quality oven and hob too. This definitely isn’t our forever home, but we went for quality, named brands for a few reasons. We get to enjoy them now and they’re designed to last (even if the next owner is the beneficiary of that!) Plus, whenever you do eventually sell, impressive names support all the handwork and funds you’ve put into renovating your kitchen; of course most people hope their efforts will increase the overall property value!

Our Samsung oven is one of my favourite choices. It’s got so many incredible features like a dual cook door and plenty of brilliant modes!

Up there with one of the most important things to know before renovating your kitchen. Had we insisted on samples for each aspect of our kitchen, we would have saved ourselves wasted time, money and stress. Howdens don’t have large showrooms as they only sell to trade but that doesn’t mean you can’t see and touch samples!

We chose our original laminate worktops and backboards blind, relying purely on how they looked in the catalogue. Unfortunately, when they were fitted it wasn’t what I imagined. I was absolutely gutted when I saw them, which is a crushing feeling I’d love to prevent others from experiencing! So get samples, or visit a showroom first.

In the end, we chose to remove the worktops and backboards, but doing so came with the penalty of losing not only the almost £900 we had spent on them, but also the labour costs of their installation and their removal.

Subsequently, we chose Howdens Silestone White Arabesque Marble Effect Quartz worktops and I wish we had just gone for these in the beginning! The finished effect is worlds apart, and these really elevate the look of our kitchen

Unless budget is unlimited, you can’t have it all. It helps to lay out your top three priorities right at the beginning of your kitchen renovation. Ours were to maximise storage, which we achieved with full extension corner base units and a larder cupboard. To have plenty of space to prepare food on, which we did by maximising the worktops and installing a breakfast bar. And to create a really social, family friendly open plan living space. Removing the wall and adding the bifolds and the breakfast bar helped to achieve this; I love that whilst one of us cooks, the other can sit and chat and still be involved!

10. It might take a lot longer than you think

Initially, we were quoted 3 weeks. I thought it was overly optimistic, so prepared myself for 4 to 5. In the end, our kitchen renovation took almost exactly two months. It was pretty relentless and whilst we’re thrilled that it’s done, at the time it felt like one issue after another and ate up the entire summer that we’d planned to sit back and enjoy it. I don’t regret it, but I do wish we’d been more prepared!